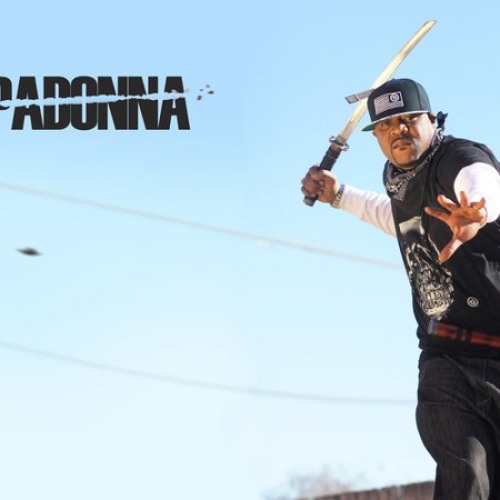 If you felt there was shortage for the sound of Wu-Tang Clan affiliates in Hip-hop today, Buddha Monk is here to fix that. The Brooklyn native is back with “The Dark Knight”. The album is complete with 19 tracks with well over 10 different guest appearances. Buddha Monk is most recognized for the work he did with the late Ol’ Dirty Bastard in which he helped produce and engineer his albums prior to his death. The passing of the torch is fitting in this regard as the ODB sound can be heard embedded in Monk’s style of rap.

The main theme of the album is simple; the representation and loyalty to Brooklyn. The first track off the album kicks off the embodiment of his loyalty to the city with “All Out War”. The message is clear: don’t be a snitch because like Batman’s the Dark Knight, Monk will come find you.

But talk of violence is a small stint within the overall album, as Buddha Monk conveys that there’s more to his journey if we dare dig that deep. The realist and most honest song on the label is “Secrets”. The track pulls you into the harsh realization that although a rapper’s life might lavishly consist of money, cars and women, it also comes with a price. The rapper is haunted constantly for all the wrong doing of his past translating into a cry for help, knowing that an evil lifestyle can’t sustain anymore.

The thought provoking heaviness of the album is balanced out with some lighthearted tracks like “Smash The Dark Knight”. Monk has other rappers featured, and on first listen you quickly get the sense that everyone involved had an enjoyment making it.  The vibe of the song flows like a conversation, similar to how you exchange with friends.

Even though the album does have a respectable 19 tracks on it, an aspect that cannot be overlooked is the redundancy of beat tempo and delivery, but also lyrical choices. At times several tracks started and ended with the same beat precision, having no alter or release. Also the delivery of lyrics did not always balance with the tempo, leaving rushed or slow transitions.

What Buddha Monk lacks in lyrical dexterity, he makes up for in his passion. It doesn’t take much to convince the listener that his music comes from his heart. Also due to Monk’s powerful and deep voice, it feels separate from the mainstream and closer to underground, making “The Dark Knight” a fresh listen for all waiting on the next emergence for Brooklyn. 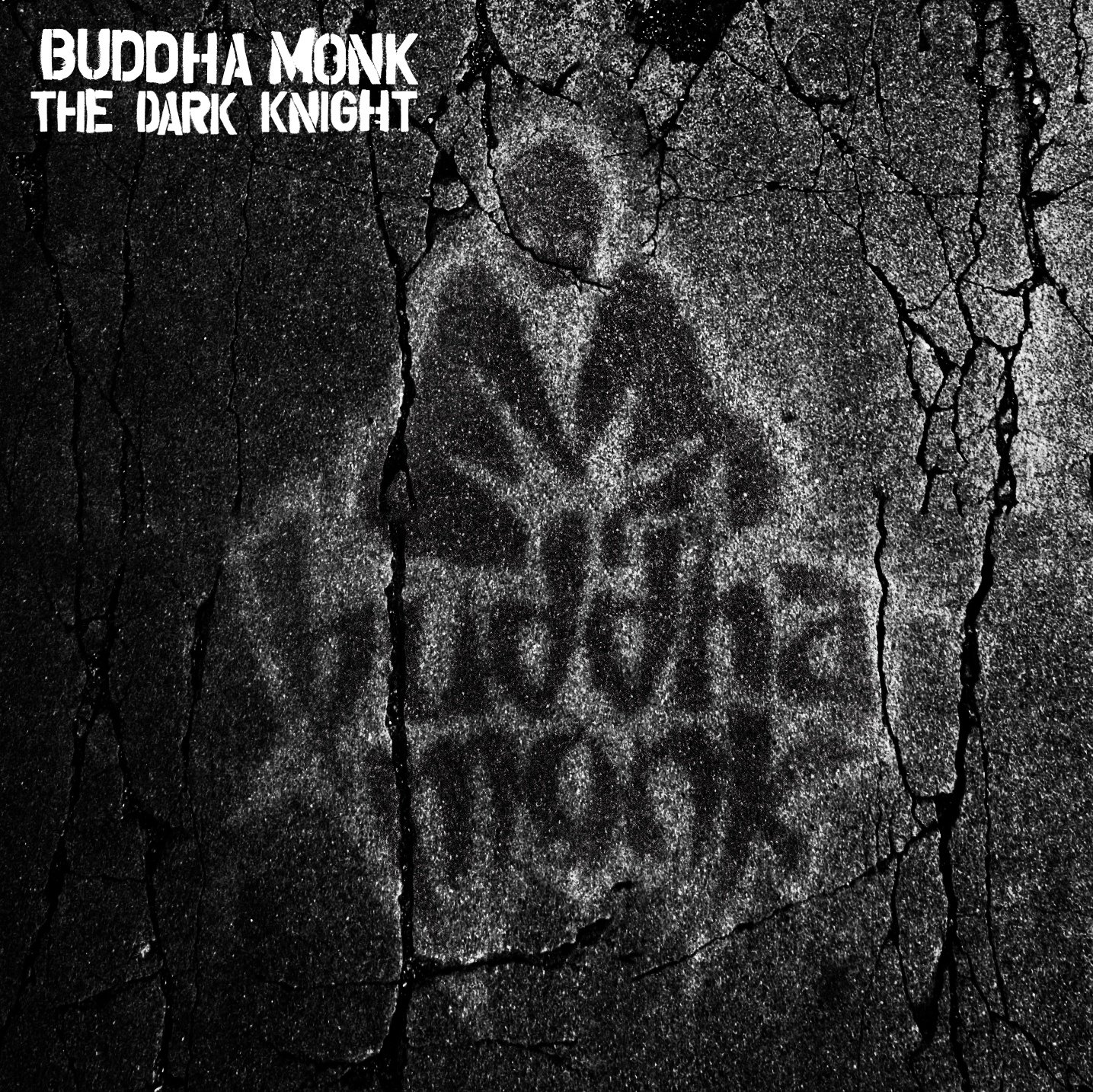 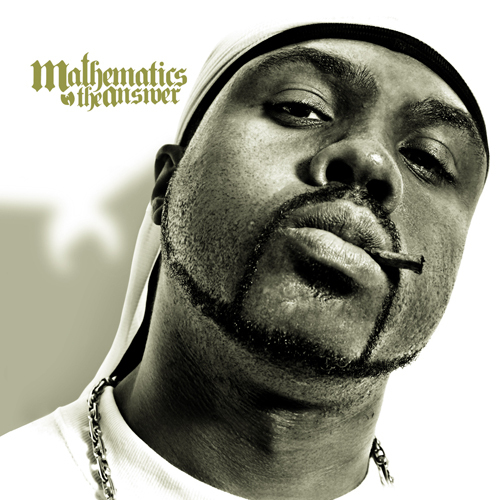 The third segment from the pending compilation Closed Sessions Vol. 2 (created by the Chicago-based hip-hop label of the same name with the help of MTV 2 Sucka Free) features the legendary Raekwon, who spit one of his more impressive verses in recent memorry when he visited the Windy City last fall.

Closed Sessions Vol. 2 will be an album and documentary downloadable in full for free this August.

The Man With the Iron Fists trailer

Renowned producer, lyricist, director, and Abbott of the Wu-Tang Clan RZA has contributed significantly rare memorabilia to the upcoming interactive music exhibit ISLAND SOUNDS: A 500 Year Music Mash-Up. The exhibit, which will take place at the Snug Harbor Cultural Center & Botanical Garden in RZA’s native Staten Island, is set to feature never-before-seen photos and memorabilia from one of RZA’s extraordinary pilgrimages to the Shaolin Temple in Dengfeng, China. Additionally RZA has donated a true piece of music history by allowing Snug Harbor to exhibit the keyboard used by the super-producer himself on Wu-Tang Clan’s seminal album Enter The Wu (36 Chambers). True hip-hop heads will not want to pass up this opportunity to see genuine artifacts from the Wu-Tang general.

In addition to RZA’s involvement in the exhibit, rare and historic items from several Staten Island artists will be on display for ISLAND SOUNDS including Force MDs’ trademark apparel, personal photos and awards, and an autographed LP of Born This Way by Lady Gaga. Snug Harbor will also showcase Gaga’s biopic, Mary The Night, and will hold displays on Eamon, Omin Child and Christina Aguilera, in addition to numerous displays of rare photos and gold/platinum albums from Staten Island musicians.

“We are excited and pleased to present this unique exhibit as a tribute to the countless artists who have played a role in Staten Island’s rich and varied musical history,” said Snug Harbor President and CEO Lynn Kelly. “The exhibit memorializes the contributions of these artists and defines the part they played and continue to play in our diversified culture. I urge everyone with an interest in music, pop culture and the history of Staten Island to come and enjoy the hundreds of unique pieces of memorabilia that make up the ISLAND SOUNDS exhibition.”

ISLAND SOUNDS: A 500 Year Music Mash-Up will begin it’s 18-month long exhibition on May 11, 2012 in the Main Hall of the Snug Harbor campus located at 1000 Richmond Terrace. Beginning May 12, the exhibit will be open Wednesday through Sunday from noon to 5pm. Admission is $5 for adults and $4 for students and seniors. Children under 12 are admitted free. For more information about ISLAND SOUNDS: A 500 Year Music Mash-Up, please contact Lynn Kelly at (718) 425-3501. For more information about Snug Harbor Cultural Center & Botanical Garden and a detailed schedule of events, please visit www.snug-harbor.org.

Killah Priest – Listen To Me video

Showcase Will Also Feature Appearances From M.O.P., Curren$y’s Jet Life Crew (Trademark Da Skydiver, Young Roddy, Sir Michael Rocks of The Cool Kids, Fiend, Cornerboy P & Streetwiz) Mod Sun & Statik Selektah
Legendary lyricist, GZA of the Wu-Tang Clan will make his return to SXSW on Saturday March 17, 2012, however this time he will be backed by Grammy Award winning band Grupo Fantasma (Brownout). Those who have seen GZA live know just how captivating the swordsman is, and the addition of a 10 piece Latin funk orchestra is certain to make for a performance of phenomenal proportion.

The showcase will take place on Saturday March 17, 2012 at Haven, located at 409 Colorado, Austin. Doors at 8pm. For more information, visit SXSW.com.