Control is a paradoxical concept, in that the more one tries to exercise it, the more likely true control will evade them. Whether control of the mind, body, one’s surroundings, or others, if man is honest with himself, complete control over his dominion is nearly impossible. That said, Ab Soul has control over one thing: his sound. The Top Dawg Entertainment and Black Hippie representer’s new work Control System is an exercise in just that: control. The album begins with a Jhene Aiko monologue decrying that tenet.

Soul proceeds to weave a web littered with stories of lost love, gang violence, rampant drug and alcohol use, and depression. While those subjects tend to lean toward lack of control, his relayed experience is ultimately what leads Soul to exert control over his sound. Through his eyes, it’s almost surreal how diverse a palate of rap he has. Though hailing from the West Coast, Ab Soul shows wonderful mastery of a variety of flows, angrily ranting over bass-pounding Southern beats, smoothly waxing prophetic over syrupy Texas instrumentals on ‘Terrorist Threats’, and rattling off rapid-fire verbiage to traditional New York beats on ‘Bohemian Grove’. Is it a testament to the diversity of hip-hop’s melting pot, or is Soul just that good? I would say the latter, though the former will resonate for many listeners.

For some, Soul’s rhymes will amount to nothing more than marijuana-induced ‘swag raps’ dealing with his various hedonistic exploits. However, the selling point to the album is his unusual understanding of worldly issues. Ab-Soul delves into seldom-seen territory, making his case against gang violence claiming ‘If all the gangs in the world unified, we stand a chance against the military tonight’. Soul’s intelligence is subtle, and sometimes easily lost between his more frivolous rhymes. In that respect, he needs to find more control. For all of the profound statements, there is a lot of fluff. In the same way that his labelmate Kendrick Lamar can make your head nod while making your brain wave, Soul needs to be able to do the same consistently. If the track ‘Double Standards’, with its tales of men and women foregoing love to save face around friends, is any indication of his potential, then Ab Soul should be among the best acts in rap soon. Like I said, though, control is a paradox. Soul may be content with and well in control of his current ideologies. Why lose both trying to become too overarching? He may have more self-control than we know. 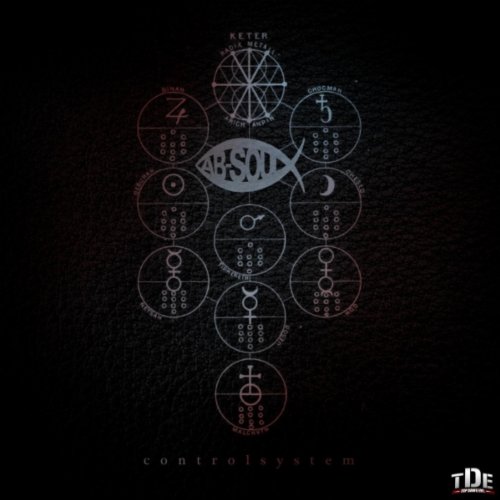