It’s not often that one uses the word “classy” or “refined” to describe a rap record. Now, I’m not saying that Action Bronson’s new album Dr. Lecter is defunct of profanity or the sporadic salacious reference; no, I promise you all of the obscenities and crude imagery anyone would hope for in any legitimate rap song. But Action Bronson does something inventive with his album in that he perfectly marries a rap mentality — complete with allusions to blunts and broads – with melodious, expressive, and widely diverse styles of music. There’s vitality and intellect in each song on Dr. Lecter, one that might not be expected coming from an album with such a name.

Look no further than the second track on Dr. Lecter, “Barry Horowitz” to find the soul of which I speak. At first glance one can obviously make the connection to the WWF wrestler from the 1980s. “Barry Horowitz” is a self-narrated rap song about Action Bronson’s talent and success — and an allusion to the wrestling star’s signature habit of patting himself on the back. But “Barry Horowitz” goes even deeper than that: it references Gil Scott Heron’s deeply political 1970 song “The Revolution Will Not Be Televised.” Often called the godfather of rap, Heron’s influence on “Barry Horowitz” shrewdly invokes both a classic Heron-style funk melody and effectively proves that Action Bronson truly knows his shit.

Dr. Lecter’s musical appeal, for me, perhaps reaches its height with the track “Jerk Chicken.” It features a straightforward reggae beat combined with expert vocals spat by Bronson and guest rapper from Brooklyn Maffew Ragazino. “Jerk Chicken” is nestled among tracks that are throwbacks to old soul, r&b, and funk, and it only enhances the diversity Bronson solicits on Dr. Lecter.

The many layers of the intricate Action Bronson continue to peel away as the album plays on. Bronson elaborately weaves narratives of honest representations of who he is as a rapper and a person — from a dedicated user of marijuana to a lover of eating and cooking fine cuisine — throughout 15 tracks of melodious beats and music. In fact Bronson’s passion for the culinary arts shines through most of the record, as he talks steak, bacon, and bleu cheese in “Brunch”; salad, steak, and chocolate in “Ronnie Coleman”; lamb, duck, goose, beef, and chicken in the super funky “Buddy Guy.”

Action Bronson stays true to himself on Dr. Lecter. It’s a pensive collection of candid thoughts that don’t pander to a mass audience and that are spit on top of velvety, sultry, real music– hardly a dedication to mass murderers and cannibalism as the title might suggest. Most importantly, Dr. Lecter doesn’t pretend to be what it’s not. Instead, it’s an understated album that’s oh-so-much more than it thinks it is. 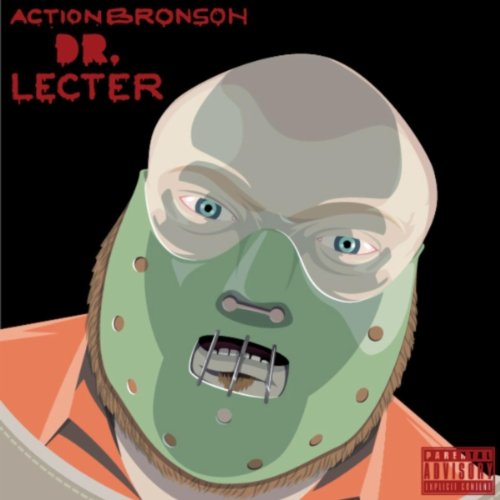