For avid hip-hop fans, Big K.R.I.T. had arrived long ago; showcasing his soulful skills on independently released mixtapes like 2010’s “KRIT Wuz Here” and this spring’s “4eva And A Day”.  For the rest of us, K.R.I.T.’s debut album “Live From The Underground” is a brief introduction to the Mississippi native who slings laid-back verses over Southern blues infused beats.  While the rapper may have signed to Def Jam, “Live from the Underground” stays true to its anti-mainstream roots as K.R.I.T.’s everyman-appeal and modesty shines throughout the album.

Produced entirely by K.R.I.T. himself, “Live from the Underground” is as introspective as a rap album will get.  With a thick layer of blues guitars, expressive horns and hooks from the likes of B.B. King, K.R.I.T. paints a picture of everyday struggle while modestly pushing through hardships.  The artist takes risks venturing off into a multitude of subgenres and coming out unscathed: West Coast G-funk synth lines displayed on “Money On The Floor” and “Don’t Let Me Down”, lazy reggae chords on “Pull Up” feat. Bun B and Big Sant, and Southern R&B-tinged gospel vibes on “Cool 2 Be Southern” and “If I Fall.”

K.R.I.T. really excels, however, when he rhymes over soulful, bluesy beats.

The album’s standout track, “Praying Man”, featuring the blues legend B.B. King, delivers a powerful image of slavery and oppression.  K.R.I.T. flexes his storytelling abilities here as each verse involves a black person being saved from his oppressor by the elusive “Praying Man”: “And I been wounded for some miles, so I decided to rest my head, I guess they let me go cause they assumed that I was dead, Smiled and said ‘Son hop in this wagon and get settled’, He offered me a ride and drove me far away from my oppressor, forever “

If there is anything to negate K.R.I.T.’s socially conscious efforts, it’s the jadedness found in his voice.  Usually void of real emotion, K.R.I.T. speaks as if he’ll take no pity or joy.  That’s easily forgivable though based on the harsh realties he raps about.  Plus, his self-produced beats bring enough emotion to the table that calling him on his verbal tone would be faulty.  “Live From The Underground” may not be new or perfect to some but is an honest and genuine stepping stone for an artist on his way to something big.  K.R.I.T. stands for King Remembered In Time and only time will tell where the big man takes his conscious efforts. 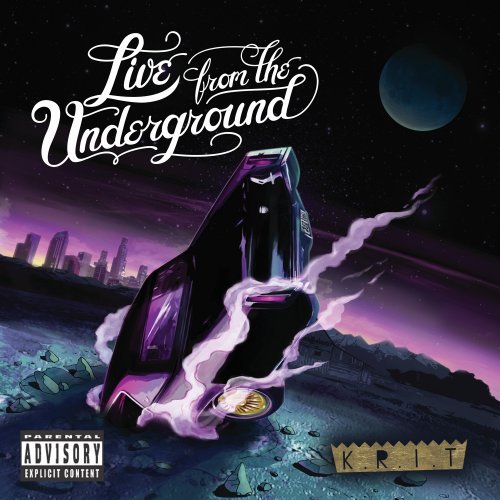