JR Writer – Where You At video 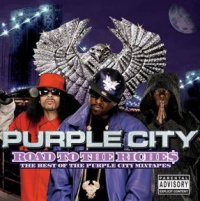 Though Jim Jones can easily be rubbed the wrong way (no homo), nobody can pretend he isn’t talented in his business choices. Sheist Bub agrees with this whole-heartedly, so much so that Purple City became a direct Dipset affiliate as Sheist Bub joined his Purple movement with the Diplomats. 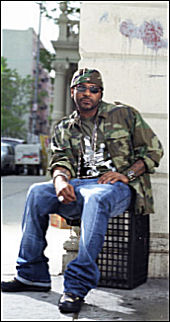 With a cocky persona and an abundant amount of charisma and street swagger, Jim Jones has developed into formidable Hip-Hop superstar. His new album – Harlem: Diary Of A Summer – continues to lead the Diplomats in the right direction with its strong beats and commercial appeal. Below are excerpts from an interview conducted with Jim Jones in September 2005 by Low-Key. Jones briefly discusses Juelz Santana’s upcoming album – What The Game’s Been Missing – as well as his speech at the Millions More Movement.

The future for The Diplomats is certainly looking bright with J.R. Writer on board. The Harlem World emcee has been tearing down tracks for the past year and is now ready to step out on his own. With a new deal with Koch Records in place, the summer of 2005 should be sizzling, as J.R. drops his solo debut.

MVRemix: All the Dipset fans know your history, but for those that do not, let’s just go back and talk about your history and past. Were you born in Harlem and raised their your entire life?

J.R. Writer: Yeah, born in Harlem Hospital and raised on a 131st and Lenox.

MVRemix: What was J.R. like as a kid growing up in Harlem?

J.R. Writer: I was just running around like a rebel. I was getting kicked out of school because I was fighting all the time. Of course, I started to rap as well. But from the ages of 13 to 16, I was locked up. I wasn’t really out for most of my teenage years. But before that, I was just hustling. I was 11 and 12 hustling, robbing people, all types of crazy shit. I was a rebel, put it like that. 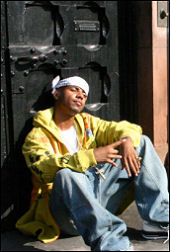 Being the youngest member of The Diplomats isn’t easy. You’ve got a reputation to uphold, a very motivated focus on what you want and constantly put out material. Juelz Santana though, manages this.

Having already debuted through Def Jam, he’s gearing up to release his sophomore album “What The Game’s Been Missing” in October. Evidently he has matured, going into a recording frenzy to make the album as good as he possibly can.

Our interview took place in interesting circumstances, I spoke with Juelz on his cell phone while he was in the process of buying a car…

After being incarcerated for three years the energetic member of the Diplomat family is ready. Zeke has bottled up a lot of emotions and is primed to get back into the studio, run Diplomat Records, and think before he acts.

MVRemix: How you doing man?

Freekey Zekey: Here just eating some KFC, I stay around my chickens you know what I’m sayingâ€¦whether they cooked or not. [laughs]

MVRemix: So I heard your release date is the 1st of November?

Freekey Zekey: That got pushed back because of an altercation I got in with some dude, who was trying to get too big for his britches. We got into a little argument that turned into a back slap and he told me. So now instead of the 1st it will before Thanksgiving. 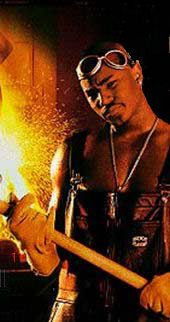