Working with the respected likes of Dr. Dre and Eminem, Obie Trice is on his third studio album, Bottoms Up. The album has been under wraps for nearly six years, and it’s easy to see why; it’s loaded with 17 tracks that sound all too similar, uncreative, and old. Bare in mind his skilled lyricism, and solid production is still what propels the album forward and makes the album a worthwhile listen. Perhaps if the album was released four years earlier, it would be a much more impressive effort.

The first hint to what to expect from the album is evident in the cover. It’s dark, cliché, but still appealing. Ever since Nas popularized the baby on an album cover, it kind of ruined it for other artists to do the same. Just like the cover, the album is repetitive and overdone. Boasting at 17 tracks, it seems like Trice just threw together a conglomerate of unfinished and repetitive ideas that don’t necessarily take fruition. Although the album is the most light-hearted works of Trice, it is still ridden with dark tones that are evident in his lyrics, and haunting production. But overall the album is a satisfactory effort. It may not be someone’s next favorite album, but definitely has some tracks that are worth listening to.

The album first opens up with, “Intro,” a humble ode and thank you to all of Trice’s supporters like Shady Records, his label mates, and fans. However it is not Trice’s lyrics that are the attention grabber it is Dr.Dre’s production. Granted, it’s not Dre’s best work, but the piano chords are simple, repetitive, and addictive. And unfortunately, Trice’s lackluster flow doesn’t do it justice. Instead of using his aggressive, hard hitting rap lines, his delivery is far too simplistic.

Although Dr Dre sets the bar high in terms of production, once the album progresses it simmers down to a small spark. The repetitive production of syncopated hand claps, palpating bass drums, and minimal piano samples all mesh the songs together, leaving the album as a rushed production. It seems that after six long years, Trice just gathered a few tracks together as an effort to finally put something out. It leaves the listener sifting through remnants of tracks in search of the next best song. However, the album is predictable and the listener gets what they expect from any good hiphop artist; aggressive hooks marked with a consistent flow, and adequate production with cohesive ideas. Trice isn’t taking risks and it works for him.

However there are a few songs that do shine not only instrumentally, but also lyrically. Eminem’s haunting delivery (with his staple Slim Shady accent) and Satik Selektah’s reggae influenced beat, make “Richard” one of the best songs on the album. The boastful nature, but whimsical delivery in the lyrics, “Just call me Richard, cause I’m a dick,” make the song’s concept hilarious, and fun. The light nature of the album is a breath of fresh air from the all too serious and almost pretentious approach most rappers take in their lyricism.

Bottoms Up is all in all an adequate project. It’s not subpar but neither is it innovative. But to be honest, it probably shouldn’t be. Even if it boasts the production from acclaimed producers, the label switch from Shady Records and six-year time span could have served as the culprits for a lackluster record. 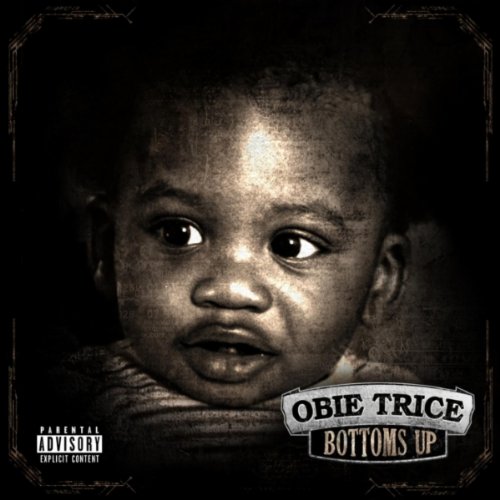 Snoop D-O-double-G has been around for so long that it’s hard to imagine him being the protégé of anyone. He is, though. Way back in the early nineties, Cordazar Calvin Broadus was fresh out of high school and a couple of convictions of cocaine trafficking. His freestyle over an old En Vogue song somehow made its way to The Dr. Dre’s ears, and after an audition, Snoop Doggy Dogg found a home at Death Row Records. He certainly has a thing for doctors, as he not only caught the attention of Dr. Dre, but also The D.O.C. (from gangsta rap pioneers N.W.A.), who gave him pointers on how to craft some good rap. Random fact: Snoop is a spokesperson for “Chronic Candy,” made in Switzerland and tastes like… you guessed it: marijuana. On second thought, maybe that’s not so random.

Probably the most famous protégé in the history of hip-hop, Eminem made a huge name for not only himself when his Slim Shady and Marshall Mathers LPs came out, but also Dr. Dre, the man who seems to be some kind of talent magnet. That or he just knows how to pick those rappers; thanks to Em, his label, Aftermath Records, found its biggest star, and with Dr. Dre producing the bulk of his albums, Eminem became the rapper that you and your mom knew about. In any case, Eminem’s undying obsession with controversy ensured that music listeners will always be likewise obsessed with Slim Shady – and how could we not? It’s not everyday that a non-African-American rapper has the power to shock you like no gangsta rap has ever done.

From one rapper with an eye for talent to another, Eminem must’ve been taught well by Dr. Dre because when he picked up 50 Cent, he got Aftermath Records another multi-platinum superstar rapper. A little know fact about 50 is that he had some help before Eminem and Dre came along; Jam Master Jay was technically his first mentor in the art of writing songs. After 50 Cent got shot in the infamous nine-bullet-wound incident, one of his CDs found its way into Eminem’s hands, he got flown out for an audition… and everyone knows what happened after that. The lesson here? If you want to make it big you’ve got to go straight to the top – that’s where the people with the jets are.

You might know him as that guy in the wheelchair from that Degrassi show, but apparently, Aubrey “Drake” Graham raps even better than he acts. Actually, it might have something to do with the producers of his show getting rid of the entire cast, but that’s a different story. After working on a bunch of mixtapes in his early career, Drake finally ended up on Lil Wayne’s Young Money label, and was (still is, probably) one of the most hyped Canadian rappers in a long, long time. It remains to be seen if Lil Wayne, his mentor who’s pretty young himself, can pull a Dr. Dre, but given how Drake is doing on the charts, the chances look pretty good.

Rappers aside, one of the biggest protégés in hip-hop music has to be “Danjahandz,” or simply Danja, who’s been the perfect student for Timbaland. This record producer has worked with Nelly Furtado, Justin Timberlake, Madonna, Lloyd Banks, T.I., and of course, Timbaland himself, picking up a couple of Grammys along the way. Stepping out of his mentor’s shadow though, Danja’s experience with piano and drums sets him apart from other beat-makers who go completely digital and forgo their instruments, and this strategy earns him at least 50k per track at the last count. Not too shabby.