It is Sunday, August 5th. The last day is always bittersweet. You have officially survived two days of some of the most beautiful chaos that you will ever experience, but sadly this is the last day you will be able to rage out in Grant Park until another year approaches. Sure you are feeling tired, but you know that today is the day that you must release all of your energy to give a lasting impression.

This day there are plenty of acts to rage to that span plenty of genres, with the main focuses being on hip hop and EDM. For a taste of some infectious Moombahton, people should definitely check out Nadastrom’s 2:00 pm set over at Perry’s. In the hip hop realm, Roc Nation signee J. Cole will be hitting the Budlight stage at 4:15 pm to perform fan favorites and deliver some hard hitting lyricism that he is known for. Meanwhile Doctor P will be at Perry’s at 4:30 pm making the crowd rave their hearts out for his fat dubstep tunes.

Dubstep takes over with another set that you can’t miss with Canadian duo Zeds Dead, busting subwoofers with their signature gritty bass. You can expect to hear tunes from their freshly released The Living Dead EP, as well as the favorites that made them shoot to the top in the EDM world. As day turns to dusk and the sun goes down, highlighting Chicago’s amazing skyline, the headliners take the stage. This is where the biggest conflicts of the whole night come into play.

Kaskade, Justice, Childish Gambino, and Jack White are all scheduled to play at the same time. While rock listeners will most likely make their way to see Jack White, and hip hop fans go see Childish Gambino, EDM fans are going to have a hard time to decide which one to choose.

Currently on his highly anticipated Freaks of Nature tour, Kaskade is known to bring beautiful melodic house music sounds that are high in euphoria and big on unity. French electro legends Justice sends festival fans into frenzies and judging by their latest album Audio, Video, Disco their live set is going to be crazy. Whichever one you choose, I’m sure it will be the perfect way to end an amazing Chicago festival.

As people clear out of Grant Park, I’m sure the same thing will be on everyone’s minds: Is Lollapalooza 2013 here yet? 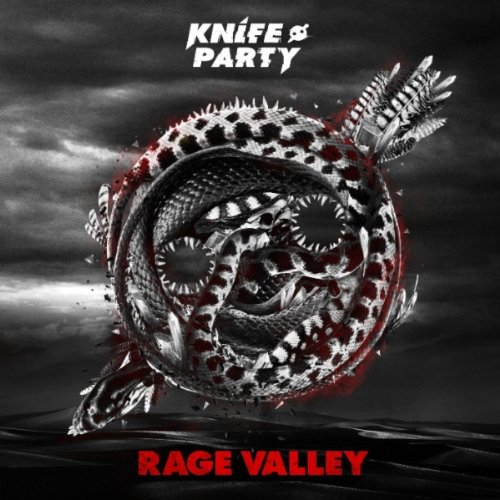 “This a forward-thinking, original British album that has captivated a new generation of music fans, not simply by rehashing the old, but by giving the young something that belongs to them and taunting them to do better”
– NME 8/10

“A compelling, unique and disorientating new outfit” – The Sun

“For a glimpse at what the future might sound like, this is a good place to start…” Daily Mirror

“They have taken dubstep from pirate radio to radio 1” -Q

THERE IS NO MORE INFLUENTIAL OR AMBITIOUS BAND IN BRITAIN TODAY THAN MAGNETIC MAN. AND LUCKILY FOR US IN AMERICA, THEIR DEUBT ALBUM IS SOON TO DROP ON THIS SIDE OF THE ATLANTIC

From the deep underground roots of record shops and pirate stations, through club nights, self-funded tours, enormous festival shows – their crowd-surfing skills are second to none – and now an album packed tight with brilliantly realized songs, these three are pioneers, ground-breakers, scene-changers and move-makers. These three were there at the very start of dubstep and it’s these three who are poised to take the music they love, the music they helped to create, to people and places that not even they would have once imagined possible. This is evolution in action, creativity on a roll. Their aims are high, which is why they’ve already been confirmed to mark their debut performance at 2011’s Coachella Festival.

For those who have been following the dubstep scene, Benga, Skream and Artwork are no strangers, together – and separately – they’ve been making music for the past ten years. Artwork –the man Benga and Skream call their “mentor”, penned the dubstep anthem ‘Red’ so ahead of its time the genre didn’t yet have a name.

Their self-titled debut album proves Magnetic Man weren’t mucking about when they said they wanted to make a serious album. This is a total, complete piece that draws on a broad history of electronic music. For Magnetic Man, dubstep is an everyday thing and so the trio’s aim was to shock people with something fresh, new and exciting aimed for a much broader crowd, in fact Magnetic Man is for everyone. “We wanted to smash up Forward,” Artwork says. “We wanted [people} to freak out!” As Skream says, “It’s hard to come up with groundbreaking music, We’re trying to put real emotion into this music”, and their heady mix of dubstep, rave, techno and soul, manages to do just that.

For Magnetic Man it’s been a natural progression rather than a massive initial splash. They want to make great music and take it to the masses. “It’s songs that make albums,” says Benga “not bangers.” And now it’s time to take those songs to the people.

The album consists of fourteen tracks including ‘Perfect Stranger,” The official first single which dropped in the US on iTunes March 1st on Magnetic Man – EP. ‘Perfect Stranger’ features Katy B whom The Guardian calls, “Perhaps the most exciting new singer in the UK,” explaining that her contribution to the song, “Rides the contours of Magnetic Man’s cinematic dubstep with a butterflies-in-your-stomach exposition of the physics of physical attraction.” A live video of ‘Perfect Stranger’ has already been viewed by over 3 million fans.

Another stand-out tune, ‘I Need Air’, was the first official UK single and takes the dark, foreboding beat of dubstep and turns it into an edgy pop gem, complete with vocals from Angela Hunte, better known for co-writing the Jay- Z and Alicia Keys track ‘Empire State Of Mind.’

‘I Need Air’ is so monstrous it has to be brought in by sea. Brilliant record” – Guardian Guide

Both The EP and LP also includes ‘Getting Nowhere’ featuring John Legend on vocals and sees Magnetic Man deliver a powerful, soulful and introspective tune – perfect for the post-club comedown.

Other key tracks: ‘Karma Crazy’ will testify, along with the likes of ‘The Bug’ with it’s distorted, twisted vocals courtesy of Sam Frank and ‘K Dance’ with its skittering, hypnotic beat that this group is the establishers of dubstep. ‘Boiling Water’ meanwhile sees the trio bring the essence of early jungle to a new generation.