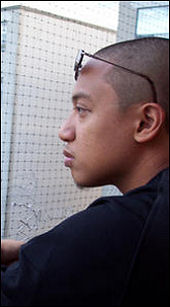 The Toronto scene is arguably Canada’s most prominent, with many artists gaining the attention and respect of more than just Canada itself. Though Swollen Members have outsold many, Toronto seems to have a scene where Hip Hop is more so supported than further West.

As a Filipino in rap, and a Canadian, Fenaxiz faces a number of challenges and hurdles in order to succeed how he aims to. But, after independently releasing “The Audiobiography,” Fenaxiz is poised to release “The Strongest Link” mix CD, and even has a cameo in the upcoming film “From Wimp To Pimp,” he’s well on his way.