Let me tell you a little story:

I was on my lunch break from school one day, walking down the hill to grab a sandwich. I had recently downloaded a free mixtape entitled “Pep Rally” by a New York based rapper called Hoodie Allen. His stuff was on Hype Machine and it sounded pretty good to me, so I figured I’d give the rest of his album a shot. It’s loaded up on my iPhone, and I’m playing his single, “You Are Not a Robot.” So I broadcast it on my Twitter. I eat my sandwich, walk out of the shop and my phone buzzes. It’s the artist himself – Hoodie Allen, tweeting me saying “thanks jake for the support, glad u diggin robot.” That’s how you secure a fan for life. 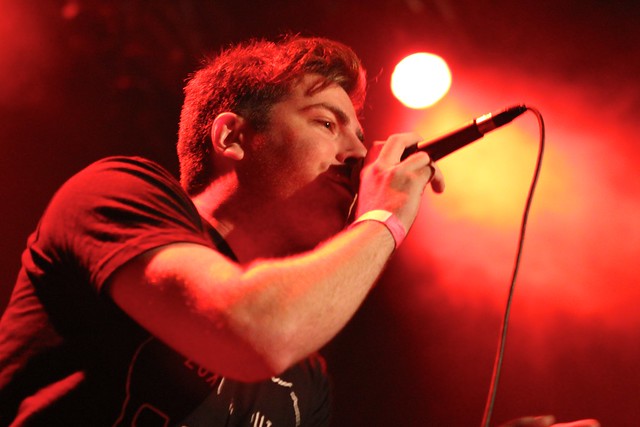 So when I found out that he was coming to town, I bought my tickets the day they were released. I thought there’d be more of a crowd showing up at the venue that night, but even a small crowd of a hundred people or so didn’t dampen this Long Islander’s spirit or his performance. Right off the bat, RJF (his producer and beat mastermind) drops a beat from the new mixtape “Leap Year,” and Hoodie starts spitting “You’re Welcome.” The dedicated crowd is shouting “yeah, you’re welcome” along with the hook. 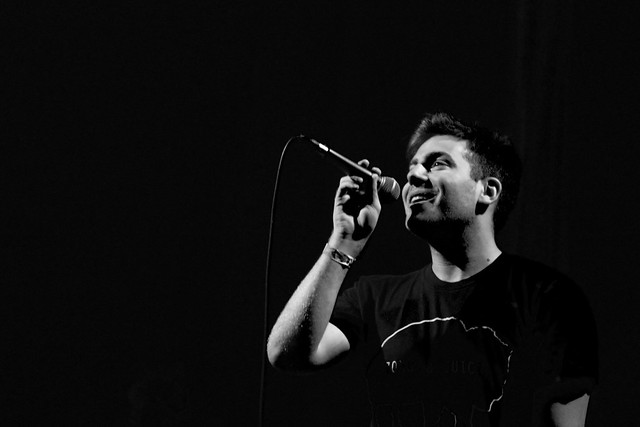 “This is crazy…” Hoodie (or Steven Markowitz) says, “I’ve never been to Canada before. I’m so sheltered. I’m just a kid from New York and we’re here in Montreal.” It was indeed his first show in Canada, and for being a guy who doesn’t get radio airplay and is not signed to a single label, having any sort of crowd must’ve been a surprise.

Along with his drummer, Jimmy Kadesch, and RJF, Hoodie gets the crowd moving with his take on The Black Keys’ “Tighten Up,” and breaks out what seemed to be a fan favorite, “James Franco.” Fans scream out “Happy birthday!” to the 23 year-old. “Someone’s been following me on Facebook today,” and he high fives the audience members who wished him one. Like I said, he’s acquired a very dedicated fanbase of online followers all over the world.

Closing out the set with “You Are Not a Robot,” the very song that got me hooked on him, I’m pretty sure that despite Hoodie’s voice being a little hoarse due to a cold, and the strict curfew the venue had – fans would’ve stayed there all night. The crowd knew every word and responded with as loud an applause that they could give. Undeniably an amazing set that showed off his skills and energy on stage. 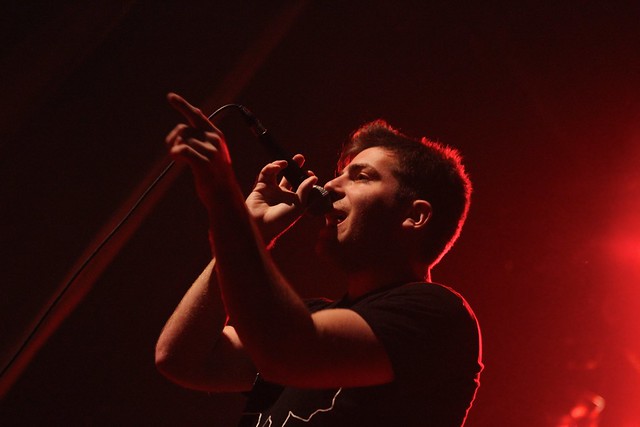 He hung out near the merch table after the set to make sure he met everyone. I shook his hand and thanked him for a great show. He reiterated how it was his first time in Canada and he was truly appreciative of the support he had been receiving. I told him that the language barrier might get in the way sometimes, but he was definitely welcome here anytime he wanted. And he stayed there until he met every single that wanted to chat with him.

I have a huge amount of respect for this dude. When I started following him in November, he had 3000 followers, and since then, it’s grown exponentially to 22 600 followers on his Twitter. And yet, he still spends hours per day replying to his fans (he even hits his tweet limit for the day pretty often). He meets every fan he possibly can. Hoodie is genuinely dedicated not only to his craft, but every single person out there that allows him to keep on making music. The fans. And it truly shows.