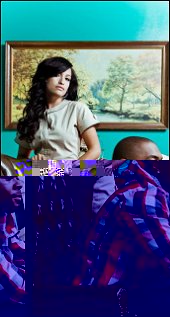 MVRemix: As songwriters, who have influenced you?

Spencer Nezey: As a songwriter I am influenced by classic songwriters and producers… Like John Lennon, Bob Marley and The Neptunes.


Spencer Nezey: The first song I wrote was in 2003 called “Summertime.” Kind of and old school rap record about growing up.

Jessie Payo: The first song that I wrote was called “Look at the Rain.” It was kind of a Paul McCartney sounding blues song. I wrote it when I was fourteen.

MVRemix: Spencer, how did you first get into beat boxing?


Spencer Nezey: I first got into beat boxing at the age of 17 inspired by The Roots come alive record. I heard Rahzel and Scratch and had to be apart of that. I taught myself by listening to the Roots records over and over again until it became as natural as breathing.

MVRemix: How did the name Jupiter Rising come to be?


Spencer Nezey: Jupiter Rising was named after the definition of Jupiter the planet. It was the most accurate description of what we were trying to do.

MVRemix: Tell me about “The Quiet Hype.” How did the title come about?

Jessie Payo: Spencer thought of it and asked me what I thought if that would be the title of our album. There was no question. I thought it was perfect for our second album.

Spencer Nezey: “The Quiet Hype” came about from how I felt was going with our journey in the industry. I felt that we have put in a lot of work in the music business and yet we still have much to say and do.

Jessie Payo: We recorded all throughout September and October. We had previously recorded a few of the tracks in February. Songs like “Flip my Switch,” “This Is What It Sounds Like,” “LA Girls,” and “Quicksand.” After those songs were recorded we started pre-production where Spencer would give me a track and idea to write to and the other songs came about slowly until we had to record in September.

Spencer Nezey: The blueprints to “The Quiet Hype” were already planned 6 months in advanced. So when we went into the studio we knew exactly what we were workin’ on. It took us about 3 months to record the album.

MVRemix: What do you wish to achieve with the album?

Jessie Payo: I am hoping that this time our album reaches a bigger audience. I want us, Jupiter Rising, to come off as a group that can make good music that spans all age groups.

I want people to be touched, inspired, moved, dancing, and feeling sexy by our songs.

Spencer Nezey: I wish to achieve some serious touring with this album. I would love to share these songs with the rest of the world.

MVRemix: How does it compare to “Electropop.”


Spencer Nezey: Compared to “Electropop,” this album is more of me and Jessie. The sound is much more focused.

Jessie Payo: This album is different [from Electropop] because our last album was a throw back to many old school sounds. The only song that was current was “Electropop” so we thought that we would make an album that was closer to the sound in the song “Electropop.” There was so much love for that song why not make an album influenced by that sound? So we did.


Spencer Nezey: Playing X-Box 360 in my condo – the fortress of solitude – is the most relaxing thing in the world.


Spencer Nezey: I would fight John McCain. just to see how much a maverick he is. I would win of course.


Jessie Payo: Are you kidding? Of course I would win.

MVRemix: Do you have any non musical aspirations?

Jessie Payo: To be a go-go dancer.

Spencer Nezey: I am really into cooking. I enjoy it just as much as making beats.

Jessie Payo: In December we will be releasing a digital EP of some of our songs on the Album. Also, we just shot a music video for our single “Fallen Away”, so look for that.

Jessie Payo: Thanks MVRemix! Album comes out in February and Happy Holidays!