After seven long years of musical hiatus, Justin Timberlake has finally released his highly anticipated album The 20/20 Experience. The question is was it worth the wait?

The title of Timberlake’s album perfectly translates into every track as he creates music that you can so clearly and vividly see. The concept is very similar to N.E.R.D.’s Seeing Sounds album. With this concept in mind, Timberlake masterfully offers a variety of songs each possessing its own special flavor in sound.

Throughout the entirety of the album, Timberlake succeeds in showcasing his trademark falsetto. It’s undeniably sexy, entirely soothing in unimaginable ways and so perfectly tender in tone. The 20/20 experience, which has an average of seven minutes per song, risks the chances of losing the attention of an audience, but surprisingly it actually works out nicely. Every aspect of each song flows so seamlessly. The tracks have the power to seduce you with exotically intricate beats, love infested lyrics, and vocal acrobatics that ultimately lead to forgetting about how lengthy the songs actually are.

“Strawberry Bubblegum” is so ethereal in sound as it is emphasized by the guitar and keyboards. The opening dedication “Hey Pretty Lady… this goes out to you, you, you” is very reminiscent to Usher’s opening of “SuperStar”on his Confessions album. The airy sounds match Timberlake’s falsetto as he sings of the intoxicating feeling he captured when he caught his lover’s eyes, calling her his “little strawberry bubblegum.” His delivery is quite cleverly done. He intermixes between falsetto, his speaking voice, and his mid-range singing voice as he describes her as nothing that he has ever seen before. While noting, “Don’t change nothing because your flavor is so original,” he sings the notes in a sweet staccato that draws you in completely.

“Don’t Hold The Wall” has a very tribal/tropically inspired beat as mastermind producer Timbaland is heard saying “Dance, Don’t Hold The Wall” in the background. It’s a perfect dance-pop song that will get you up on your feet and will hypnotize you into dancing without holding the wall.

“Tunnel Vision” another song with an apparent Timbaland influence, has a very chillingly breezy classic pop vibe as Timberlake admits to having “tunnel vision” for one special girl (ahem, Jessica Biel maybe?). He expresses his undeniable love singing “A million people around, all I see is you.” Aw, how sweet, he’s sure to break millions of girls’ hearts on this one. Well, of course, he melts the heart of one particular special lady.

In “That Girl,” Timberlake re-emphasizes the same theme of love for one specific girl, but this time in a very bluesy/jazzy feel of sound. Alternatively, Timberlake gives us another dance-pop song “Let The Groove Get In,” but this time it has noticeable Latin influences. It’s a song that will either make you want to take some salsa dance lessons or just simply shake what your mama gave you!

“Mirrors” is a timeless classic pop track that is sure to get a lot of radio play once the phase of “Suit & Tie” is over. “Mirrors” is another dedication to the love of his life describing his lover’s shine to the shine of a mirror. In the chorus, he beautifully sings how he sees them together as “two reflections into one, cause its like you’re my mirror, my mirror staring back at me.”

The question still remains was this album worth the wait? I definitely think so. It’s by far his best album to date. It’s an album that shows his musical growth and maturity as he explores new sounds, tightens his writing skills, and embraces his colorful vocal ability. 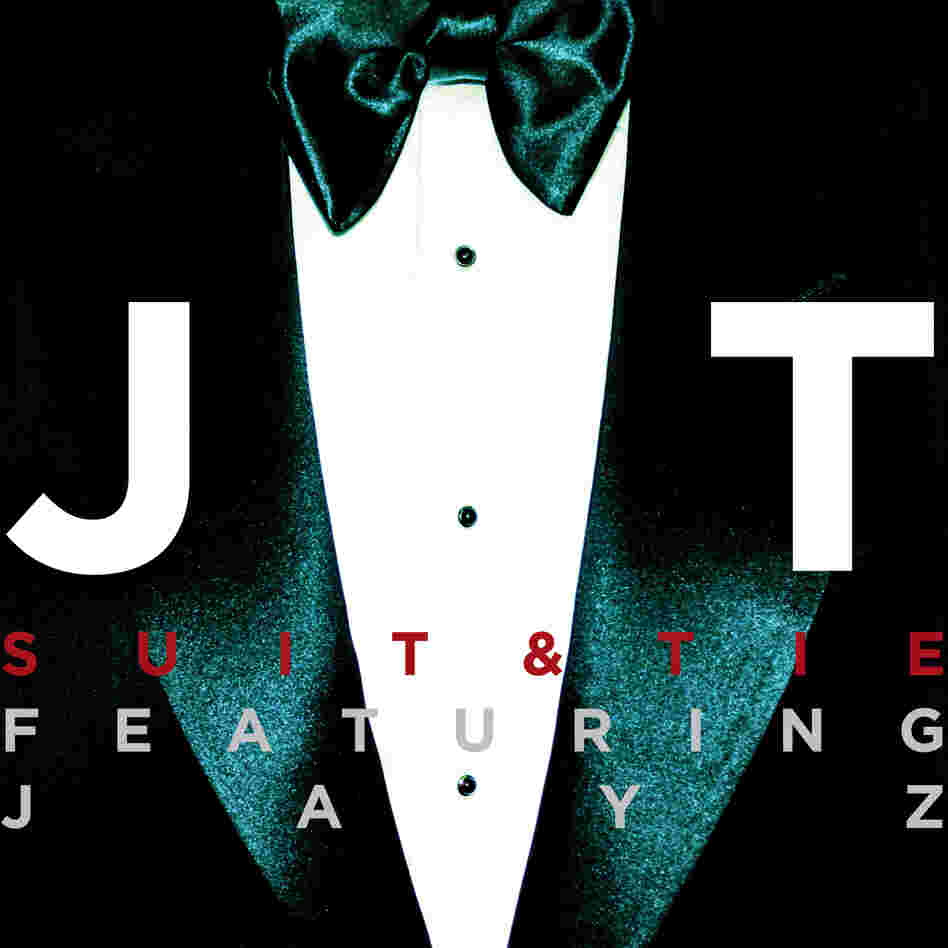 You know that really bad cliché about truly great artists who will never die? These five artists are doing their best to make sure this cliché stays alive for the King of Pop.

He sings like him, glides like him, and owes 99.9% of his success to the late Michael Jackson. Usher’s R&B crown rests largely on the gloves and the smooth moves, trademarks of the original King of Pop. Apart from dance, Usher and Michael Jackson share an almost fanatical support from the African-American community at their respective heights of popularity. MJ’s influence on Usher’s performance style is so thorough that anyone who calls himself a fan of Usher (whether he knows it or not) is inevitably a fan of the man who originally popularized the moonwalk. Just sayin’.

You could call Usher the black Michael Jackson… or you could call Justin Timberlake the white Michael Jackson. At the risk of getting a “Too soon,” I’ll just keep my mouth shut. What’s there left to say? Ever since he ditched ‘N Sync, JT has made no secret about his love for Michael Jackson. His first ever solo performance at the VMAs had the fedora, the gloves, Michael-Jackson-inspired choreography, and falsetto after falsetto. Even after his music started transitioning toward a more rock and even electronic sound, JT is not afraid to experiment and take risks. Just like someone who released Thriller back in ’82. If Michael Jackson were 25 years-old today, he’d be Justin Timberlake. Except for the… never mind.

Chris, Chris, Chris. If it weren’t for his shocking assault on Rihanna, he’d be one of the biggest stars of this generation. Originally touted as the next Usher, this 20 year-old can literally dance his shoes off – as if you can be the next Usher without knowing how to do a decent glide. His singing leaves a bit to be desired, but hey. Like every other artist on this list, Chris Brown’s dancing is the most immediate connection to the legacy that Michael Jackson left behind; his tribute performances of Billie Jean and Thriller make that much clear. Now if only he can do something about that voice – oh and fix his ruined image.

Music, check. Fashion, check. Dancing – well, Ne-Yo poses more than dances, but close enough. Check. Shaffer Smith is the closest to what Michael Jackson would’ve been if he’d stuck with R&B instead of experimenting with different genres. He rocks the fedora too, but that might be more of a sneaky way to hide his receding hairline. Ne-Yo even has his own equivalent of MJ’s signature hiccup: the holler. Except of course it doesn’t sound as cool as the hiccup and he really overdoes it. And the choreography… it’s strange because the man tries to move, he really does. He has maybe two or three go-to moves/poses that come up about ten times per performance – check them out, they’re not hard to miss. Compared to the others on this list though, Ne-Yo is nowhere near the prolific dancers they are. Song-writing’s his bread and butter, and it’s probably better that way.

The only female on the list, Ciara Princess Harris has no problem taking risks with her choreography – just like… guess who. The woman who comes closest to putting on the moves like Ciara is probably Michael’s sister, Janet Jackson. Like Chris Brown, Ciara’s singing has a long way to go before she can get anywhere close to MJ’s level, and honestly, I can tell you it isn’t happening anytime soon. Her tribute performance of “Heal the World” is perfect evidence. Cici’s “1, 2 Step,” fortunately, is on point and her dancing is the best tribute that she could give the King of Pop.

As MTV’s “Total Finale Live” celebration (November 16 8:00pm ET/PT) grows ever closer, a star-studded group of artists from rock, pop, hip-hop and beyond are already lined up to commemorate the show with their memories, performances, and more. Justin Timberlake, Kid Rock, and JC Chasez, always sure to draw a crowd in New York City’s Times Square, are set to join “TRL’s” current host Damien Fahey and former host Carson Daly in the studio and share their thoughts on what the show meant to them.

Just when you thought the finale couldn’t get any bigger, the show has been extended an extra half-hour to fit in all the “TRL” goodness. The finale will now feature Ludacris, Snoop Dogg and Nelly on stage together in a one-time only collaboration, adding another big moment to the long list of hot performances that have taken place in the “TRL” studios over the years. In addition, Christina Aguilera and Travis Barker will be joining the show via satellite to say a few words to the fans.

Beyoncé, 50 Cent, Fall Out Boy and the Backstreet Boys have already been added to the list of performers for “Total Finale Live.” Diddy, Mariah Carey, Taylor Swift, Hilary Duff, Good Charlotte’s Benji and Joel Madden, Fred Durst of Limp Bizkit fame and Jonathan Davis of Korn will all appear in the studio.

And since you can’t have “TRL’ without the VJs, we’re welcoming back Lyndsey Rodrigues, Vanessa Minnillo, Dave Holmes, Jesse Camp, Hilarie Burton, La La Vasquez and Quddus to celebrate, in addition to the show’s hosts, Carson Daly and Damien Fahey.

MTV is the dynamic, vibrant experiment at the intersection of music, creativity and youth culture. For over 26 years, MTV has evolved, challenged the norm, and detonated boundaries—giving each new generation a creative outlet and voice that entertains, informs and unites on every platform and screen. On-air, MTV has been the number one rated 24 hour ad-supported cable network P12-24 for 16 straight years. Online, MTV.com scored double-digit growth in 2007 and MTV launched 15 dynamic online communities and eight new virtual worlds. On the go, MTV Mobile is the #1 music brand in the wireless space – delivering 90% more streams than in 2006. And MTV’s successful sibling networks MTV2, mtvU and MTV Tr3s each deliver unprecedented customized content, super-serving music fans, college students and young American Latinos like no one else. MTV is part of MTV Networks, a unit of Viacom (NYSE: VIA, VIA.B), one of the world’s leading creators of programming and content across all media platforms.