Albert Shepard, better known as rapper Blueprint, is a force to be reckoned with. Starting out in 1999 Blueprint has since risen in popularity being signed to independent Hip-hop music label Rhymesayers Entertainment, the home of other well known underground acts such as Atmosphere, MF Doom and P.O.S. Releasing his latest Adventures in Counter-Culture Blueprint’s delivery remains strong in both his rhymes and his production.

“Who’s got the biggest clique? I could give a shit, I roll so heavy solo you can probably feel my steps” rhymes Blueprint on “Go Hard Or Go Home (Printnificence).” Backed by eerie strings and symphonic parts this track compliments Blueprint’s hard vocal delivery as he talks about wanting to make the perfect beat and alluding to rock icon Jimi Hendrix.

“No offense, I ain’t listenin’ man. I came here to kick it not to hear your shitty band” rhymes Blueprint over production that sounds like it came from a Super Mario game in “Keep Bouncing.” Talking about drinking and being constantly drunk Blueprint’s rhymes go well with the free-flowing video game sounding synths.

“My Culture” talks about events that have occurred in the past and present over an electronica dance beat with gospel vocals. “Some of these rappers only rap about a home and a broad because they don’t know what’s happening at home or abroad.” Reflecting on the deaths of rappers Tupac and Biggie and international problems Blueprint’s “My Culture” stands out as a track that implies that the world is a violent place and “Time is short.”

Taking some cues from fellow Rhymesayers labelmate P.O.S. Blueprint’s guitar-heavy and snare drum-filled “So Alive” is a departure from other songs on the album. Exchanging his rhymes for singing this track sticks out in a good way. “So so alive” sings Blueprint over a punk sounding guitar part.

“Radio-Inactive” begins with a calming piano part followed by guitar parts and Blueprint’s rhymes. “And while I may not get the same hype as the next man, everything in my life is going according to his plan” rhymes Blueprint over production that is tinged with Ratatat influenced sounds.

The 1980s sounding “Fly Away” has some really creative sounds along with some good delivery from Blueprint. The electronic drums and synthesizer parts sound like something coming out of an A-ha track while Blueprint’s singing flows smoothly over it. “Spread my wings, take flight. Fly away” sings Blueprint.

“The Rise and Fall” is a combination of spacey sounds, groovy drums and string parts with Blueprint’s rhymes talking about a failed relationship. “Though you had it all, right up in your palms. Forgot until its gone, the rise and fall” sings Blueprint. A very relatable song those of us who have experienced love and its aftermath can relate to Blueprint’s story of not knowing the value of somebody until they’re gone.

Sounding like an Animal Collective track with its electronic drums and psychedelic sounding synth part “The Other Side” is the epitome of Blueprint’s experimentation on this album. “And today we celebrate your life. I’ll just wait til’ I see you on the other side” sings Blueprint over trippy synths and a carousel-sounding keyboard part.

Adventures in Counter-Culture shows Blueprint experimenting with synths, keyboards and drum machines, creating a new, experimental sound that may take some time to get used to. There are some tracks that lack the same creativity as those listed, but the album overall is listenable and shows that Blueprint can experiment and move out of his comfort zone, and still create an enjoyable album. Taking cues from innovative artists such as Kid Cudi Blueprint’s experimental sound blends well with his vocal delivery. Intelligent and creative this album is definitely worth checking out. 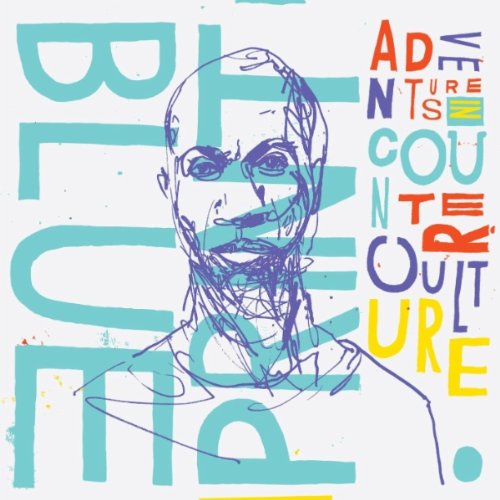