Usher has been known to reinvent his sound time and time again, and evolve with the sounds of the ever-changing music industry. Usher began experimenting with dance music with tracks like “O.M.G”, “DJ Got Us Falling In Love” and a collaboration with David Guetta. Looking For Myself is his seventh studio album, and it is evident that he is digging deeper into exploration of the dance music genre with productions from EDM kings, Diplo and Swedish House Mafia. Although the album is heavily dance music infused, he still stays close to his R&B roots with some of the tracks on the album.

Usher starts off the album by continuing where his single “O.M.G” left off by collaborating with Will.I.Am again, this time singing on his electro-hop beat. The beat is straight bass with no chaser, and provides a fitting platform for Usher to further explore the world of EDM. Diplo slows things down with sexy electrifying beats that mesh perfectly and showcase the fact that Usher hasn’t lost his vocal range that made people fall in love with him.

With the dubstep craze taking flight into the depths of the mainstream, it comes as no surprise that the Danja produced “I Care 4 U” appears on the album. Dubstep heads might find this irritating, but Usher fans will probably find this new sound refreshing. “Lemme See” brings some hard hitting hip hop flair with Usher crooning accompanied with Rick Ross spitting a gruff verse
Usher also sticks his foot in and tests the indie waters with “Looking 4 Myself”, collaborating with Empire of the Sun member, Luke Steele. Usher shows that he knows the right dance producers to work with by using Swedish House Mafia produced track “Numb”. Where some artists fall short and come with a generic “dance” sound by using over-used producers, Swedish House Mafia brings the richness to the track and match perfectly with Usher’s soulful voice to create an uplifting piece that everyone can appreciate. 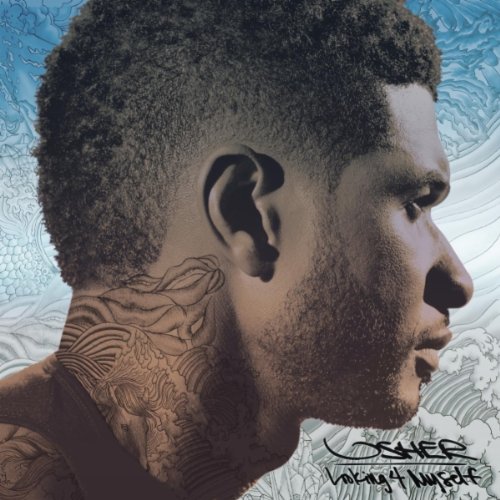