Miike Snow’s new video for “Pretender” which is the next chapter of our friend Jean Noel, the character from previous Happy to You videos, experiencing festival culture at LA’s HARD Summer.

* with Niki and the Dove

Fresh off sets at this year’s Lollapalooza and HARD festivals, the dynamic trio Miike Snow are announcing a string of fall dates in support of their sophomore album, Happy to You, out now on Downtown/Universal Republic which was heralded by Rolling Stone, Entertainment Weekly, and Filter among others. On Happy to You, Miike Snow further refines their blend of of pop, rock and electronic music, but take their sound into a darker but more grandiose direction with the addition of orchestras, horns and marching bands. In a live setting the group is known to have fans writhing in euphoria with perfect execution of syncopated rhythms and melodic warmth accompanied by dazzling lights for a show that stimulates all the senses.

Miike Snow’s Andrew Wyatt, Christian Karlsson and Pontus Winnberg bring their expansive live set-up on the nine date run that will hit select Midwest and East Coast markets and will include a set at this years Moogfest in Asheville, NC. The tour will wrap at the legendary Hollywood Palladium in Los Angeles. Tickets go on sale later this week, full details can be found below. 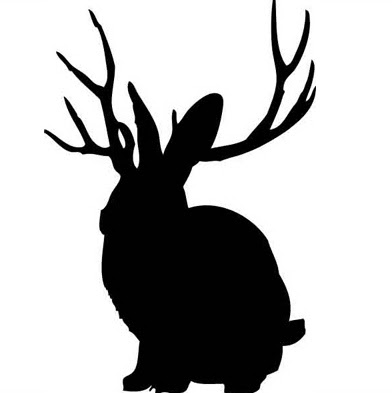 September 1: Made in America/ Philadelphia, PA

The second LP… is exhilarating and, frequently, beautiful.” – ROLLING STONE

“… with sufficient talent and sonically adventurous vision, you can do anything. Miike Snow clearly has both at it’s fingertips.” – FILTER

“The spirit of Happy to You is indie rock, but the sound is as addictively sharp as anything in the Top 40” – ENTERTAINMENT WEEKLY

AC Entertainment is proud to announce the line up for the third annual Moogfest, the festival of electronic and visionary music that celebrates the innovative spirit of Bob Moog. Taking place on Friday, October 26 and Saturday, October 27, 2012 in the city Bob Moog called home, Moogfest 2012 continues building on its exciting reinvention of the Moogfest concept and features its most distinctly invigorating lineup to date. Tickets will go on sale Friday, August 10 at Noon EST via www.moogfest.com

Comprised of a diverse yet synergistic group of inspired performers, the 2012 Moogfest lineup includes Primus 3D, a stop on the first ever traveling 3D-enhanced live musical tour, Swedish electro-pop wonders Miike Snow, the electrifying Santigold as well as rare U.S. performances from some of electronic music’s most forward thinking artists including: Orbital, Richie Hawtin, Squarepusher, Carl Craig and Pantha du Prince. Hip-hop is showcased by GZA, presenting his classic, Liquid Swords, El-P and Killer Mike. Notables also confirmed are: the legendary Thomas Dolby, Explosions In The Sky, Divine Fits, Four Tet, the Magnetic Fields, Prefuse 73 with Teebs as well as some of the hottest newcomers to electronic music such as Actress, Disclosure, Juila Holter and Blondes. A full lineup is below.

These artists will perform at venues throughout beautiful downtown Asheville, including the U.S. Cellular Center,which includes the ExploreAsheville.com arena (formerly the Asheville Civic Center Arena) and the Thomas Wolfe Auditorium. Moogfest will also be utilizing other venues in Asheville, including the Orange Peel (named by Rolling Stone as one of the best clubs in the country) and the more intimate Asheville Music Hall.

Moogfest is produced in conjunction with Moog Music, the City of Asheville and directly benefits the Bob Moog Foundation.

Visit www.moogfest.com for more information on this year’s event.

What people are saying about Moogfest:

“If it sounds like a sort of Star Trek convention for synthesizer geeks (they “air knob” invisible electronic equipment instead of pretend-Stratocasters), in a way it is. But that’s precisely why Moogfest, after just two years, looks likely to become an annual fixture for Asheville – and a model for other towns and cities.”
— Reuters

“Moogfest 2011 will forever hold a sacred place in our hearts and memories, and it’s more than a safe bet that we’ll be game for (at least) one more magical round of synth-laden splendor before this world finally calls it quits.” — FILTER

“Moogfest came to a close Sunday with fans and business owners radiating warmth for the electronic music festival and its embrace of the city.”
— Asheville Citizen-Times