Somehow after the dismal release of Attention Deficit Wale found a way to become a legitimate name in hip-hop under the guidance of Maybach Music Group. He adopted ignorant rap into his repertoire after he realized fake deep and half-assed poetry was barely working, and with the release of his third LP The Gifted, he still tries to shake all the disappointment his debut caused and switches it up on us yet again with what he calls on the album’s first song, “The Curse of The Gifted,” ‘new black soul shit’—a more groovy take on what he tells us is a story about the price of fame.

Now cue The Gifted. Wale tries to take us on a journey of the woes of being rich through the album’s 16 tracks. He chronicles the girls, the shine, the haters, the grind, the haters, the cash, but most importantly, the haters. Tracks like “Heaven’s Afternoon” are laced with Wale’s desire to relieve the days where he started from the bottom, so much so that he may have created invisible haters to give the track its sting. Meek Mill effortlessly and accidentally outshines him on his own track and makes lyrics like “When I was dead broke I would still tell myself I’mma still be the shit/Told my P.O if she locked me up, I would do the time, come home, and still be this rich” make Wale’s words sound like unlived memories.

Not to say that Wale rapping about how the brokest guy in his crew is still a millionaire can’t be as powerful a narrative to demonstrate his trajectory in life. What sucks is his delivery, which makes his story fall short. How is this a curse of the gifted? In what ways, Wale, have you been gifted? He never tells.

When it comes to production Wale pulls out all the stops. Stokley Williams of Mint Condition fame brings the smooth and sultry element to songs like “LoveHate Thing” and Sam Dew makes it a great song and great radio cut. Just Blaze makes his mark and gives you something to feel on “88” as his signature high hats crash against the drum kicks and a piano solo resonates in the background.

The Gifted’s biggest hit lies at the bottom of the track listing. Listeners are most familiar with the album because of “Bad,” but you have to skip 15 songs to get to it. It’s petty of Wale to cheat himself because he couldn’t put the rumored beef between he and newcomer Tiara Thomas behind him—even if it was for the quality of the album, and he does himself and his listeners a disservice. His remix with Rihanna (which nonsensically comes 6 songs before the original) is a pitiful attempt at revenge, and even Rihanna tries to emulate Tiara Thomas’ crackling breathy vocals—an embarrassing attempt for an artist of her magnitude.

The cacophony of Wale’s deafening, brash, staccato flow coupled with smooth, soulful production deems The Gifted an uneasy listen. The songs are not bad ones. In fact, the problem isn’t that the songs don’t sound good enough, it’s that Wale’s voice and forgettable lyrics don’t sound good enough on top of them. And that’s what leaves The Gifted teetering on the border of mediocrity. But MMG has taught him a little bit. Wale has definitely picked up Ross’ talent for good beat picking, but apparently still needs coaching on how to spit lukewarm lyrics over tight beats and still make his audience believe that what they’re hearing is hot. 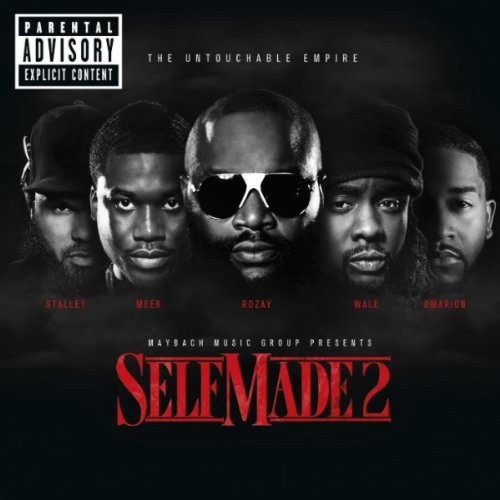