Melrose seems to represent the more experimental elements of  hip-pop (not a typo), layered with the humble and positive flavor of “internet hip-hop”. That’s not to say a style thats evolved exclusively from You-Tube and Myspace artists but rather music that’s about not taking your self so seriously. Melrose is reminiscent of works by Das Racist, Cool Kids, OFWGKTA and other artists that are about the fun they have with the music. However Melrose sorely lacks in the raw attitude the others have.

Clearly their intention was to create killer party jams, as the lyricism is a little on the light side. Which is fine, when raging one doesn’t want to be distracted from tail chasing or what have you by an incredibly complex rhyme no one can sing along to. However this is quite a departure for Murs in terms of lyrical story telling.  I can only assume this is his take on more popy rap. Showing you how it should be done. At times it leaves you wondering if it should be done at all if Murs can’t lend a soulful charismatic vibe to it.

Some of the tracks, such as “We on Melrose,” “It’s No Surprise” and “Doin’ Me” might lure you into singing along after having heard it before. However really none of them jog your ear first time around. In fact as an entire album it’s almost annoying to listen all the way through. Then again this is the age of picking and choosing what tracks you wish to listen to and perhaps more than a few on this album are just songs made for the sake of making songs.

Terrace definitely comes heavy on the instrumentals. He uses his whole repetoire of eargasm-inducing twinkles, claps and booming bass kicks to produce sincerely banging beats. So sincerely banging in fact I wish this was an entirely instrumental release. Perhaps with Murs doing some vocal samples. That being said Terrace’s lyricism, even for a producer, is distinctly lacking. His delivery of lines such as “I say hi, then she says hi, then I get her number because I’m so fly” (from “We on Melrose”) leaves one feeling nostalgic for the sound of nails on a chalk board. The possibility that such a line was supposed to come off as ironic or even catchy is totally moot when one doesn’t deliver it with the proper gusto.

Perhaps if you were the president of Murs’ fan club you’d want to pick this up. However chances are even as a conventional fan of Murs you’ll probably be disappointed. Especially if you’re expecting lyrics that are anything more than filling out the sound of the track. 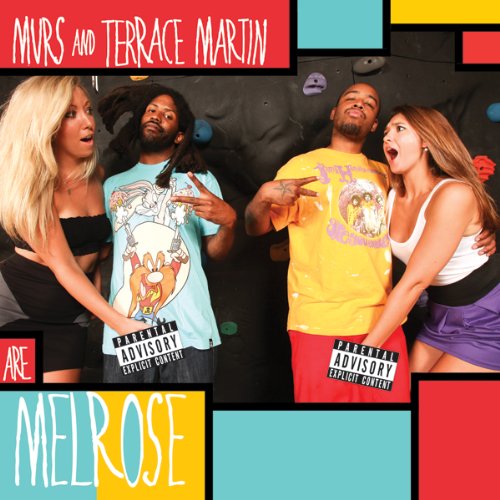