Nas is no stranger to controversy. The politically conscious rapper got noticed with his amazing ability on his debut “Illmatic.” Nas continued to make headlines as he went on to make ten studio albums, including one that was called Untitled, because the original title was rejected due to the sensitive racial epithet he was going to use.

Fast forward four years to Life is Good, and Nas stirred up attention when he revealed that he was going to get personal with this album, by releasing the album artwork which featured him holding ex wife’s Kelis’ green wedding dress. When the cover was first released, there was speculation on whether or not this was a diss to the songstress, but once you give a listen to the album, it is evident that this entire project is a journey to Nas’ acceptance.

“No Introduction” hypnotizes with its smooth piano chords, leading up to a breakdown of vibrating guitar riffs, inspiring organs and an earnest Nas, delivering lyrics that let us begin his emotional journey with him. “The tales you hear is the truth, on me/ Who wasn’t the most faithful husband/ Reveal my life, you will forgive me/ You will love me, hate me, judge me, relate to me.”

The collaborations are a plenty in Life is Good, with an appearance by Rick Ross on “Accident Murders” as well as other notable features by R&B legends Mary J Blige and Anthony Hamilton. Nas displays radio play ability with his upbeat Summer anthem, “Summer on Smash” featuring Swizz Beats and R&B crooner, Miguel.

If it isn’t for Nas’ amazing skills, then another reason to put this album down in musical history is the collaboration between him and Amy Winehouse. As “Cherry Wine” begins and Amy Winehouse’s gorgeous voice spreads throughout the tune, you can’t help but get chills. I admit that I felt my eyes get wet as the late Winehouse displayed why we all fell in love with her in the first place. Nas raps over the downtempo jazz beat repeating “Life is good”, while Winehouse belts her soul out. This moment is unreal and truly magical.

Nas’ Life is Good is his personal therapy session. He lays it all out on the table, and after expressing all of his feelings through fourteen tracks of advanced beats and lyricism supremacy. It just so happened that this musical therapy session is a piece of classic hip hop that we all are lucky enough to listen to. 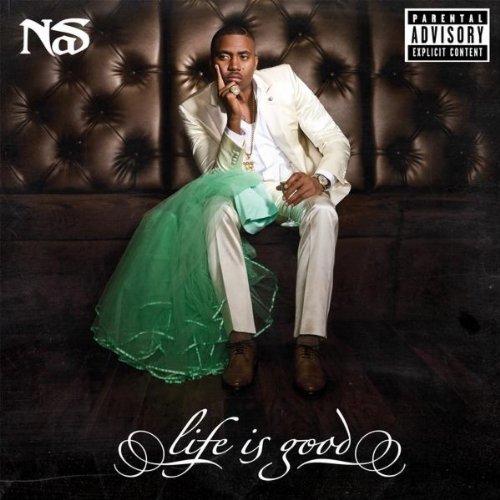