Pigeon Hole are two Vancouver Island based producer/mc’s with a constant evolving sound and ability to crank out next level music. Their output as members of Sweatshop Union is evidence of leaps in style, delivery and approach from album to album. ‘Chimp Blood’ the group’s second record out now on Urbnet, delivers a sound so powerful it’s impossible to ignore.

In 2010, Pigeon Hole released their critically acclaimed debut LP, ‘Age Like Astronauts’. Using the MPC 2000, they pieced together a mix of samples, analogue synths, live instruments, and sharp lyricism – their debut outing spoke to listeners from the opening note to its final fade out. The audio translated to the stage, sending Pigeon Hole on a ruthless touring schedule, annihilating audiences across North America. Along with Sweatshop Union their energetic live show invaded the festival circuit, notably Shambhala, Rifflandia, as well as the world-renowned SXSW music festival in Austin, Texas.

Trading in their original blueprint for a heavier bass-driven electronic sound, Pigeon Hole attack with all new artillery. ‘Chimp Blood’ thrashes over a foundation of grimey synths, sampled and chopped over machine gun drum programming, 808s, and massive bass. An epic hybrid of music, ‘Chimp Blood’ will make you feel like you can levitate. 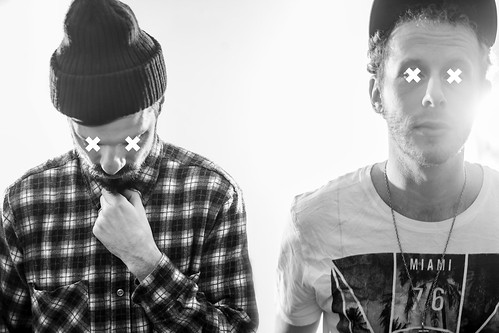