Who would have thought that 17 years after 36 Chambers Raekwon the Chef would still be dropping bars that chop off heads. Shaolin VS Wu-Tang is a surprisingly strong album. After the track listing came out and the mention of no RZA was confirmed — RZA even lent a hand to Wu Massacre — word on the street was this album was going to be just another throwaway concept album. Fortunately for fans of The Wu, Rae had something to say about it.

All of the Wu fan boys are going to say that this album is bringing ’95 back and this is vintage Rae shining hard over beats. Guess what? They’re right. This is as good as anything that has come out of the Wu camp as of late. The God Rae goes ham with bars and holds his weight with no lapses. Tracks like “Dart School”, “Ferry Boat Killaz” and “The Scroll” are short and sweet but let you know that Rae still breathes fire. This feels like a Wu release even without RZA production and while I would not put it in the same category as Only Built For Cuban Linx, it stands on its own two feet.

This album is packed with tightly constructed lyrics that are both potent content wise and cadence wise. A track such as “Butterknives” is helped along by some of the sharpest bars ever heard from Rae. He still oozes “street knowledge” and cooks up that heady vernacular that one comes to expect.

Only a few legitimate arguments against SvsWT exist such as it’s length and lack of RZA. Fans may also initially shake their heads when they hear “Rock N Roll” featuring Ghostface Killah and Jim Jones, but the beat kicks and what you would think was the weak link — Jim Jones — actually holds his own. As far as the length, that complaint is somewhat legitimate.  A track like “Crane Style” featuring Busta Rhymes is short and sweet at a minute and fifty-five seconds but brutal and savage at the same time. Shaolin VS Wu-Tang is a bitter sweet endeavor in that aspect and yet this also helps add to the mystique.

Where is RZA? Some have speculated that the recent lack of a RZA presence on Wu member projects such as this project and Apollo Kids by Ghostface Killah is because of bad blood over Eight Diagrams. In any family arguments and conflicts are going to happen but Eight Diagrams was actually a good album so I am not sure what the issue is. If it is an issue or if it is not an issue still who really knows though the ones who suffer in the end are the fans because in reality RZA could have helped take a project like this, that is very good admittedly, and made it into a classic.

The guest spots came heavy on this CD and yes there are plenty of them. Black Thought, Method Man and Busta Rhymes stand out and all gave Rae the proverbial run for his money but it is he who shines like the sun. That is how it should be. This is hip hop at the core and an exemplary example of a album that just gets it. With so much fluff out there how could you not think the kids do not need more Wu? Wu is for the kids, after all.

Albums like this are a rarity in that this project accomplishes what it sets out to. A quick shot of some product right out of the vial; the high is intense and gone as soon as it came. The lyrics are guillotine sharp and the production is tight from Alchemist to DJ Khalil to Havoc to Bronze Nazareth, but no there is no RZA. What ever beef that is going on in house you know with the “Wu Chant (Outro)” that it is still going to be Wu-Tang forever. Thank God! 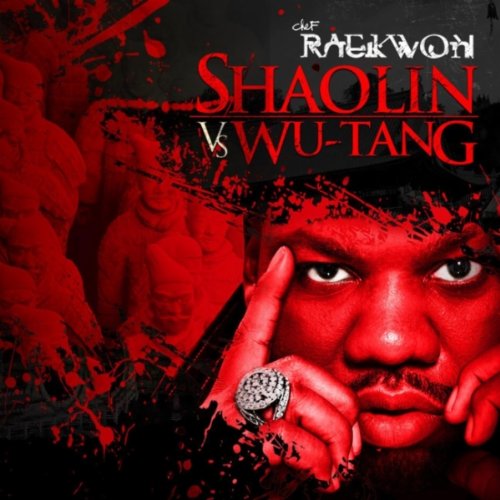