Robin Thicke is no longer just your mom’s favorite singer. Clearly tired of being pigeonholed into contemporary R&B limbo, he produces some A-list collaborations for his 6th studio album (with the likes of 2 Chainz, Pharrell and will.i.am), Blurred Lines, but his attempt to intellectualize the album’s concept of living between the lines of a world we only know to be black and white went right over our heads. Instead what we get are the lascivious thoughts of an oversexed (or too obviously the opposite) middle-aged man, who, instead of talking about the experiences that love has brought him, ditches the concept for something that, rather, teeters on the border of predatory. In fact, the only thing consistent about the album is the overtly sexual content. Blurred Lines surely finds Robin Thicke in a bit of a mid-life crisis.

Blurred Lines can be described as stylistically scattered, but the core of the album is the tracks that remain so strongly deep-rooted in R&B which promote an easier listen. Elements of disco, 70s dance, hip-hop, and even EDM all make an appearance, which create these said blurred lines that Thicke speaks of, but lyrically, nothing lays beneath the instrumentals but sex. And something tells us nobody else would be able to get away with saying half of this stuff in the real world.

The album opens up with the title track “Blurred Lines,” a super-hit that nobody saw coming, but it hardly set the precedent for the rest of the album that’s yet to come, and people who bought the album looking for more evening barbeque, barely legal, nude video inspired songs will likely be disappointed. But in a musical sense, this song is hardly the best the album has to offer with its lazy lyrics like, “I feel so lucky/You wanna hug me” and downright lewd content, especially coming from three family men like Robin Thicke, T.I, and Pharrell. The best work comes with the songs that follow.

“Ooo La La” is a good number with soft traces of disco and smooth guitar riffs, and the velvety inflections and effortless vibration of Thicke’s voice were never up for debate. “Ain’t No Hat 4 That” and “Get In My Way” sound a bit like Stevie Wonder: The Lost Tapes, if there ever was one, but it’s enough to please his long standing fans over 40.

“Give It 2 U” is an audacious EDM track that features Kendrick Lamar that sings “ Ooh what’s that girl/What’s that baby/I like that, girl/I like that, baby/On your back girl…/Yeah shake it like that girl” amongst other reprehensible things you probably can’t picture Robin Thicke saying. He tones down a bit by “Feel Good,” a track that sounds a bit naked and showcases his smoothly crackling vocals within a nice arrangement.

All in all, the album is a pretty easy listen with some cracks in the road, but it’s enough to get you down the street. Blurred Lines has the potential to be everyone’s favorite summertime album, the only problem is that it likely won’t stay around long. 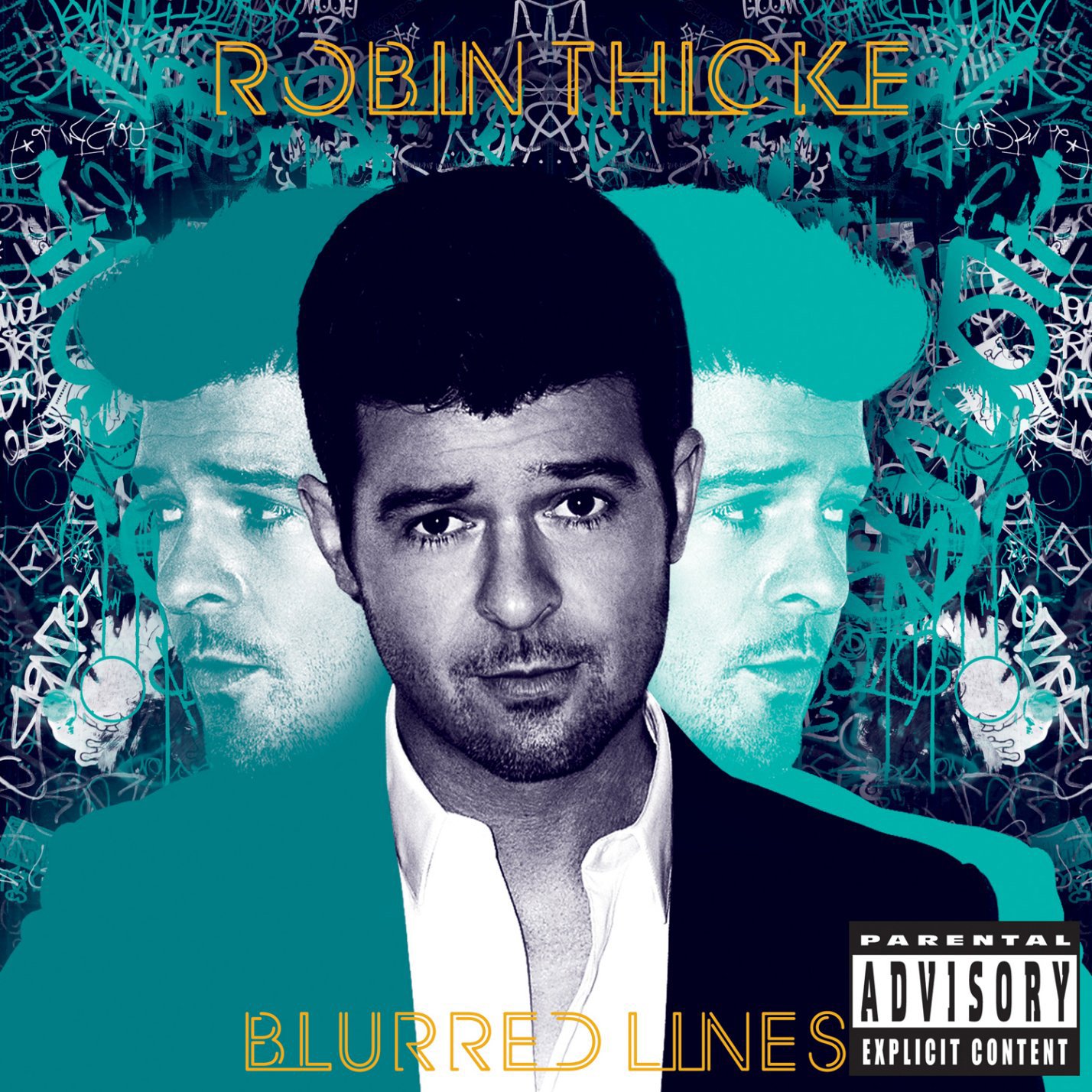