For most rappers, it would be audacious to sample Biggie, compare themselves to Jay-Z, or to dedicate a track to Nas and yet on his sophomore album J. Cole does all three to great success. Born Sinner, out June 18th on Dreamville Records, is an opus filled completely with familiar J.Cole themes of inner conflict coupled with religious imagery and it is also head and shoulders above any hip hop release so far this year. Unlike his first album, Born Sinner carries a thematic darkness throughout and it results in some of the rapper’s best lines so far. On the opening track “Villuminati”, a hectic beat propelled by clattering drums, baleful strings and a Notorious B.I.G. sample, we hear Cole address homophobia, Trinidad James’ “All Gold Everything”, and even drop a “Boy Meets World” reference. In the first verse alone.

The whole album carries a darker tone than any of his previous releases from the cover art to the numerous gospel samples and church themed skits, going so far as to ask “Where’s Jermaine?”, a questioning skit about Cole’s alienation from his upbringing in Fayetteville, North Carolina. This is not to say that the album is inaccessible or anything short of an artistic triumph. Each song on the album would be a strong track on almost anyone else’s sophomore album so the stand outs on Born Sinner are especially potent with “Crooked Smile”, guest featuring TLC, being a pop ready hymn to imperfection and “Chaining Day” acting as an indictment of the materialism in the rap game today. Both of these however are secondary to what is indisputably the heaviest song on the album “Let Nas Down”. Biting the hook from Yeezy’s “Big Brother”, Cole vents about his freshman album and the experience of trying to make a radio friendly single. As he raps the intro, a play on “Nas Is Like” from Nas’ album “I Am…”, Cole lays out the story of his single “Work Out” and realizing after a phone call that he had let down one of his idols by selling out on his art just for a hit.

The only thing that remains to be seen is whether the album sees as much commercial success as it deserves. J. Cole has made one of the best hip hop albums in recent memories and despite guest appearances from names like TLC, James Fauntleroy and Kendrick Lamar, it is still very much a show about J. Cole. As much as he recalls his past in songs like “Land of the Snakes” or “Rich Niggaz”, it is clear that J. Cole has grown leaps and bounds as an artist since The Sideline Story. Be sure to cop Born Sinner; you won’t be disappointed.

It is not often that a musician can say, “Beyonce has featured one of my songs on her album.” That is, unless you’re Hugo. Chulachak “Hugo” Chakrabongse has an interesting background. Born in England but raised in Thailand, Hugo’s musical ventures were restrained; his music with past band Siplor was banned on the radio. Relocating to New York City, Hugo found influence in blues artists Robert Johnson and Howling Wolf, as well as more mainstream artists such as MGMT, Nirvana, Dr. Dre and Jack White. Hugo’s unquestionable talent and desire to create accessible music, led to a record deal with Jay-Z’s Roc Nation label in 2010. The resulting product, Old Tyme Religion, is innovative and well-crafted, having a great combination of rock roots and hip hop swagger.

“Old Tyme Religion” starts off with explosive percussive sounds, leading into a chorus with heavy guitar riffs and Hugo singing, “waiting on that old time religion.” Hugo’s cover of Jay-Z’s “99 Problems” retains the energy of the original, while adding some White Stripes-esque heaviness to it. The thumping bass drum, harmonica and acoustic instruments will have you nodding your head constantly.

“Bread & Butter” has a chorus that is absolutely infectious. The verses start off soft, with Hugo calmy singing over acoustic strumming, before being backed up by organs, heavy drums and cymbal hits in the chorus. “I’m sharp like a blade, and cold like a knife,” sings Hugo, the rough and tough lyrics fitting the song’s explosive sound.

“Hopelessly Stoned” is like a cross between The White Stripes and The Black Keys. Its garage rock sound is so grimy, but in a good way. The hand claps will sneak up on you, forcing you to tap your foot or clap your own hands. The psychedelic keyboard and organ in the chorus will send you on a path of surrealism as Hugo sings, “hopelessly stoned.”

“Born” shows Hugo’s admiration of The Beatles. You could totally picture Lennon and McCartney singing, “what in the world were you born to do,” over some fuzz bass and ringing tambourines. This one is definitely a highlight off of the album; its just a well-written song, and the guitar solo towards the end is an added bonus.

“Mekong River Delta” may be Hugo’s nostalgic nod to his past life. “And all that I could hoep to find, is a little piece of my own mind,” sings Hugo. The acoustic guitar and echoey string parts flow like that of a river, sometimes rising with the addition of cymbals and piano, before softening down again.

“Different Lives” seems to express Hugo’s present life growing as a musician. Melancholic but beautiful, “Different Lives” shifts from the more upbeat tracks, to a more reflective, somber sound. “Wake Alone” follows with the somberness of “Different Lives,” as Hugo sings about a lost opportunity with someone. Although the theme is cliche, Hugo’s lyrics are deep and natural; you will be able to relate as he ponders upon finding someone better or equal to whoever the song is referring to.

Hugo has a lot going for him. Both him, and his cover of “99 Problems” were featured in the box-office hit No Strings Attached; he has performed on Jimmy Kimmel Live; and he is currently on tour with Augustana and The Maine. Along with Old Tyme Religion, Hugo’s future is looking bright. Old Tyme Religion is a great start for Hugo; it shows that he can create well-written, accessible songs, while remaining himself and taking ideas from multiple influences.

“I consider myself to be making mainstream music. That’s what I want to do, play for people that like the material,” says Hugo. Heading in the direction he is on, Hugo won’t have to worry about people liking his material; it is fresh, reflective and authentic, grabbing your attention and pulling you in for a listen. 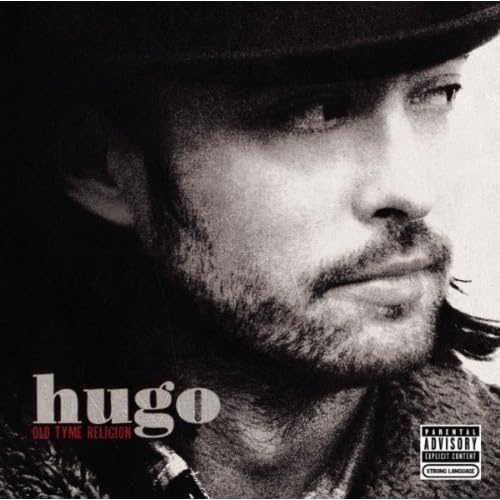 Yo! Who Dat Who Dat!

I was incredibly excited to get this review under my belt. He has been releasing tracks day in and day out for the past couple months. I have caught some snippets here and there, but finally I had the chance to listen to the “The Album Before The Album” Boy oh boy! I was not disappointed in any which way.

He has Kanye West flow and Lil Wayne lyrics. After this album I wouldn’t be surprised if see him every where. Of course signing with one of the biggest and most respected artists in the world didn’t hurt him in any way. Obviously signing with Jay-Z would be the best things for anybody’s career. Yet, it takes a real man with real talent to make the most of it. If you listen to “Premeditated Murder” you will realize why Jay-Z acted so fast. In a small biography that I read about him he mentions that a lot of music tells stories. I repeat this in a lot of my reviews, but, one of the only ways for me to connect with the music, or even enjoy it Is for me to relate in one way or another. J. Cole does this incredibly well. “Show Me Something” is definitely the album’s outstanding track for it’s passion and depth.

“Premeditated murder” is just a taste of what he’s capable of. It tells a story of the journey he or any musician has had to go through to get where they are now. I have so much respect for people that have had to work incredibly hard to get to the point of success. One of the struggles that he talk about is if people will recognize him when he’s famous. For any individual, success is the hardest thing to handle. People change and become different people. He asks a question mid way through the song “Do you prefer the broke me, or rich me”? I could only imagine what the changes would be like for a spouse, girlfriend, and family. One day your wearing your bunny slippers, the next your walking the red carpet to the Grammys.

Overall J. Cole showcases his talent, passion and drive. Nothing has compared to this in a while.