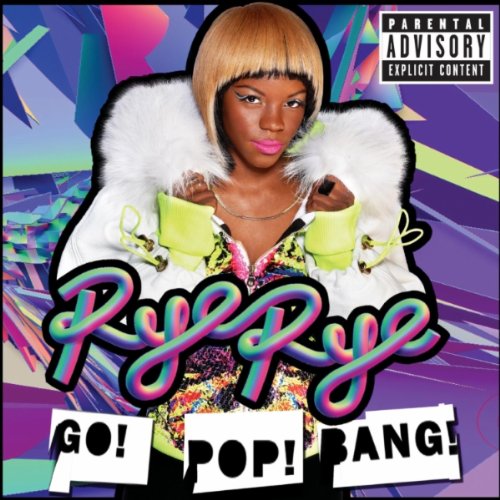 With less than a month left before GO! POP! BANG! drops (May 15th, N.E.E.T. / Interscope Records), Rye Rye is turning up the heat and pulling out all the stops! Today, she premiered a video that gives fans a BTS look at her trek to the Winter Music Conference. Check out the colorful footage and see what Rye Rye has to say about this point in her music career

Last month, Rye Rye debuted her new video for “Boom Boom”, a vivacious tribute to the Golden Age of video games. If you haven’t seen it yet, check it out:

ABOUT RYE RYE
Dubbed “the voice of Baltimore,” 21-year-old hip hop dynamo Rye Rye is no stranger to the limelight. She was the first artist signed to M.I.A’s label N.E.E.T. Records and past collaborations have included hits with mentors M.I.A, Diplo and DJ Blaqstarr. More recently she teamed with Scandinavian dance queen Robyn for summer’s smash, “Never Will Be Mine” and Far East Movement on their fall track “Jello”. Rye Rye also unleashed her brand new single “Boom Boom” earlier in March. This bouncy track samples the Vengaboys’ 1999 hit “Boom Boom Boom Boom”.

Rye Rye’s quick-tongued rhymes might sound playful, but her witty tracks hit hard, and they’ve been connecting with fans all over the world. As a special guest on the Cherrytree Pop Alternative Tour, Rye Rye performed alongside label mates LMFAO and Far East Movement (to name a few) all over Europe and Canada this past fall.