With a name like Smoke DZA, it doesn’t take a genius to figure out what kind of music T.H.C has to offer. This is the forth tape that stoner rap artist has put forth but is nothing special in the long run. The most striking aspect of the mixtape is the production. DZA pulls from an array of producers (most notably Big KRIT and Lex Luger) to assemble a menagerie of well – crafted beats to rap over. The instrumentals have a jazzy feel for the most part and are skillfully built upon samples. The result is a sequence of tracks to chill and smoke to.

This where most of the praise ends for T.H.C as no rapper’s mixtape can survive on beats alone. The emcee is the main attraction and frankly, Smoke DZA does not bring much to the table. Predictably, his rhymes are about enjoying his greens and he attempts to construct an overarching theme of the hustler’s life. The problem is that the lines that DZA spits lack inspiration and impact. His delivery, structure and rhymes are basic and do little to help the creative angle the mixtape tries to develop. There are exceptions: “Winning” features DZA’s most substantial and meaningful rhymes and “How Far We Go” is DZA at his lyrical best. “Know Better” breaks down the do’s and do not’s of hustling and serves the theme of the mixtape well.

The mediocre far outweighs the exceptional with T.H.C sporting many examples of poor creative direction and forgettable lyrics. “F*ck You Talkin’ Bout” is a combination of simple rhyming and a harsh tone that does not fit in with laid back feeling of the other songs. “Loaded” features a typical trap beat from Lex Luger and the most forgettable lines from DZA. The story remains the same for most of other songs as the music moves awkwardly through the pieces DZA tries to tie together by the end of the mixtape. This leads to the heart of my issue with T.H.C.  It isn’t the subject matter that cripples the tape so much as DZA himself. Lyrically, he provides nothing new or exceptional to the stoner rap genre much less to hip – hop in general. “How Far We Go” does show DZA at his best but he raps alongside Kendrick Lamar who shows us what a true lyricist can do on a groovy beat. This unfortunately causes us to question why we are listening to T.H.C in the first place and not good kid, m.A.A.d city.

If you are already a fan of Smoke DZA and a lover of stoner music, then T.H.C will be more of what you are used to. I cannot recommend this mixtape to anyone listening to DZA for the first time as he offers no compelling reason for new ears to stay invested.

Sometimes, when it comes to stoner rap, the only people who will enjoy the music are stoners. This isn’t the case for Smoke DZA’s signature marijuana-praising raps. For Smoke DZA’s latest album, Rugby Thompson he enlisted east coast beat maker Harry Fraud to produce the album in its entirety. This latest effort shows Smoke DZA’s growth from just another weed rapper to rapping about different content. Where this would hinder the versatility in many other albums, Harry Fraud’s soulful production brings something different with each track. The features on Rugby Thompson compliment his style well, getting verses from the likes of OFWGKTA’s Domo Genesis, A$AP Mob’s A$AP Twelvyy, Action Bronson, Schoolboy Q and fellow Jet Life member Curren$y.

Flowing right into the title track, “Rugby Thompson” acts as a time capsule for the 90’s with a vintage beat and a vintage flow and a smooth delivery that creates a track that is comparable to riding on a cloud. Probably the most refreshing aspect of the album, is DZA’s ability to switch up his flow from syrupy stoner rap to high energy double time style as heard on “New Jack”. The chopped and screwed “Ashtray”, serves as musical codeine with Smoke DZA’s dragged out verses coupled with Domo Genesis and Schoolboy Q’s unapologetic hard hitting verses. Harry Fraud also shows off his chopping and screwing skills in the mystical track “Rivermonts.”

Although Kenny Powers is not the best song on the album, it is understandable why it was a single judging by its radio play ability. The infectious hook and the upbeat production can please general audiences. The switch off verses between Action Bronson and Smoke DZA in “Turnbuckle Music”, are enjoyable as they are effective with the track giving up a street video with the in-your-face delivery that is evident throughout the song.

The album comes to an end with the extra terrestrial sound with Smoke DZA spitting verses in a delivery that is similar to Earl Sweatshirt’s. When explaining this track Smoke DZA said “This Outro is like the end of Rugby Thompson and the lead into my next endeavor. We took the Christopher Walken skit from Poolhall Junkies. So, it marks the end of this and the beginning of George Kush Da Button: The 2nd Term, which is the next album.” If the growth from Smoke DZA’s previous album Rolling Stoned to this one, then George Kush Da Button: The 2nd Term will most likely not disappoint. 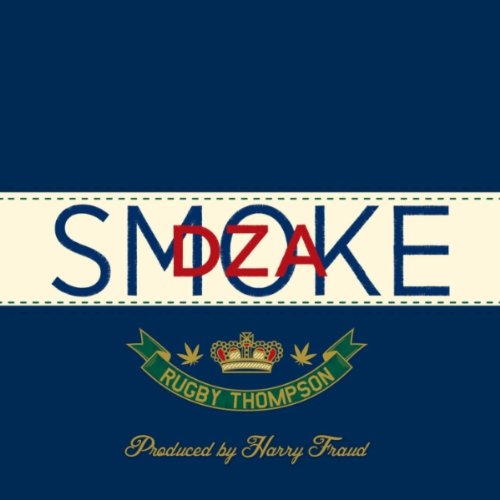 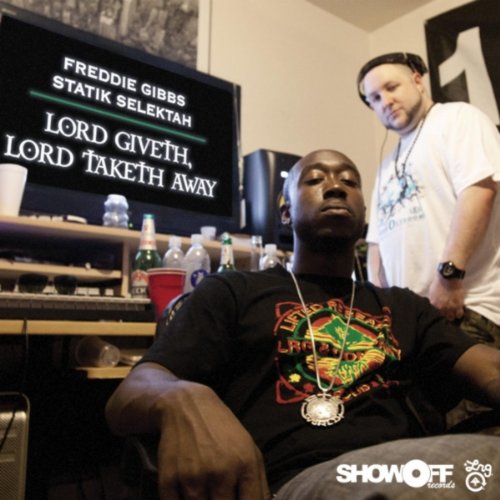