Immediately intrigued, I turned the volume to louder levels and let the music move over my body. I let every track replay in a loop, almost in a hypnotic trance by mixture of unique sounds and beats.

Born Colin Bailey, Drums of Death, gathers an acute blend of techno, old school, house, punk rock and electronica to create his own distinct sound that has made him a staple in the British club scene. Since his debut in 2005 with Love Songs & Rave Horns he has come into his own, making a signature sound in the midst of a highly conceptual genre. However, it is with his new release Blue Waves, that Bailey has merged both his own musicality and gave a nod to the gimmick nature of contemporary electronica.

Completing a series started in early 2011 with Black Waves and Red Waves, this five track album brings the series to a beautiful close. While undulating melodies married perfectly with the pounding bass on songs like ‘Wave City’ that create the sound that is standard of the genre, it is tracks like ‘Let No Shadow Fall Upon You’ and ‘Transistor Rhythm’ that shows his ability to pick out the subtle nuances of samples and fitting drops almost at perfect timing. This also causes for an even flow to the complete work, allowing no skips and leaving the listener to decide whether to bask in its complex simplicity or move to its driving, forceful rhythms.

While Blue Waves is not typically an album I would pick up as I’m pursuing the local record store, it rightfully deserves a listen. It serves as a wonderful testament to the growth and musicianship of Electro-club music as it moves forward with a new audience with bigger expectations. Plus, it serves as excellent background music for your weekends around the house or it can serve as the soundtrack for a potential weekend to remember. 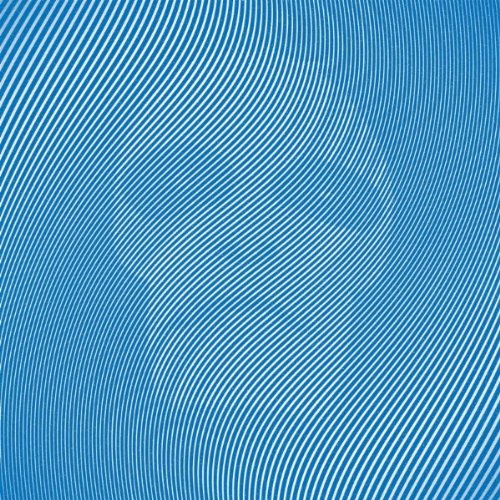