There’s a lot to be said for the producer-artist dynamic in Hip-Hop. Mind you this is the era where anyone can be a “producer” and anyone can be a “rapper”, and that inconvenient convenience saturates the game. The chemistry between an MC and Producer who know each others’ ins and outs is sorely lacking and should be appreciated in it’s few instances. Where “Rapper ____” and 8 different producers on one project fail, Prodigy and Alchemist have delivered together for years now.

Even though Prodigy may not be at his 1990s height lyrically, he’s managed to carve out a nice second (and third) act as an underground stalwart rhyming over the grimy soundscape of a producer seemingly molded in part by the original Mobb Deep catalog. Funny how that works. Between tracks on Prodigy’s classic HNIC, various other moments and 2006’s unheralded Return of the Mac, when the two get together it’s as close to the gritty glory of the 1990s as many artists old or young get.

That dynamic is intact on Albert Einstein, which may be their best collaboration yet. Riding the wave of Alchemist’s unprecedented run of collaboration projects, he helps Prodigy create a project with direct elements of New Yitty’s dark roots, that still manages to push the boundaries of that original format.

The album comes in at 16 tracks but manages to feel like even more with Alchemist’s deeply layered, shape shifting beats. It’s an album that manages to be tightly sinister and cloudy at varying moments and still sound cohesive. It can be boundlessly imaginative (the standout “Bible Paper”) and loop focused (“Give Em Hell”) and works together to sonically channel the dark New York streets.

Prodigy sounds re-invigorated after an HNIC project that was criticized for too many commercial excursions. It’s as if he’s resolved to ride the last chapters of his career like the first: brutishly callous and menacing as ever. While not as lyrically dexterous or energetic with his delivery as past projects, his knack for telling the QB narrative is still intact. He’s mastered living within his liquor soaked world of ghetto paranoia, challenging all comers on and delivering vivid lines like “throw him in the acid and get rid of the gooey mess.”

This is the perfect example of chemistry working to the fullest degree. Though Prodigy is no longer a lyrical wunderkind, he has the veteran’s sense of what he wants to do with a record and Alchemist’s otherwordly production picks up the slack in ways the average producer wouldn’t be able to. The features (from Raekwon to Action Bronson to Havoc) contribute seamlessly because of familiarity with Prodigy and/or Alchemist. Everyone involved is familiar with the soundscape they entered and collectively made a well put together album. 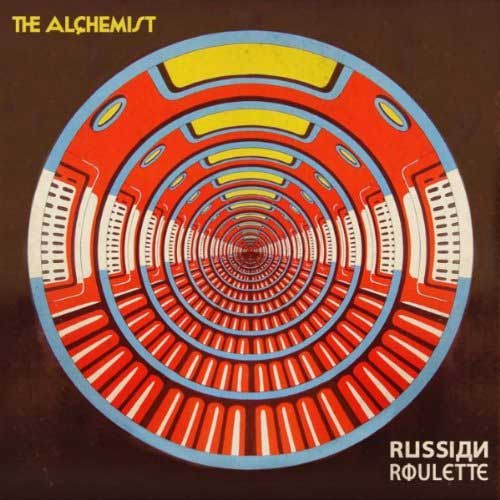 Shante Scott Franklin, better know as Curren$y, has been making a name for himself in the rap game. Having worked with the likes of Wiz Khalifa, Raekwon and Freddie Gibbs, Curren$y is definitely an artist worth knowing about, and his latest album, Covert Coup, shows why that is.

I must say, not being too familiar with Curren$y I did not know what to expect. After listening through Covert Coup though, I now see why he has gained the attention that he has.

To begin with, production by Alan Daniel Maman, better known as The Alchemist, makes this album that much better. Each track is ear-candy as The Alchemist utilizes unconventional samples that range from soul, to breakbeat. Add in Curren$y’s smooth flow, and you have a combination that is absolutely enjoyable. The album may bring to mind Madvillain’s Madvillainy, with its short tracks, a sound unfriendly to commercial radio and a blending of great production and rhymes.

“BBS” starts off with soulful bass lines, piano and guitar, while Curren$y reflects on life in the rap game. The haunting, melancholic production is great as it helps propel Curren$y’s rhymes into the listener’s ears.

“The Type” is a combination of reverberated synths, spacey sounds and percussion hits. Prodigy, of Mobb Deep fame, is an added treat to an already enjoyable track.

“The toxic air that I’m breathing would leave a average man weakened,” rhymes Curren$y on “Ventilation.” Rapping about his weed-smoking, Curren$y’s rhymes just flow over The Alchemist’s spacey production.

“Heavy Metal” is a fitting title for Covert coup’s last track. Heavy bass and cymbal crashes, the production is booming, and Curren$y’s delivery goes well with it. “I spit the picture so vivid because I really live it,” rhymes Curren$y over bullet shots and other explosive sounds.

Clocking in at about 28 minutes, Covert Coup is arousing and highly listenable. The album is focused, which may not seem like it due to its surreal atmosphere. Curren$y and The Alchemist make a great duo as unconventional production and dense lyricism come together to create something new and refreshing. Every song is worth listening to, although there are some that you will just constantly have on repeat.

Underneath Covert Coup’s haze are quirky lyrics and enjoyable sounds that will sneak up on you, having your finger press the replay button over and over again as you hear a new rhyme or note you had not heard before. Strong, creative and impressive, Covert Coup is more than just a 4/20 album; it stands out, pushing the boundaries of rap and taking risks that end up working. Not only that, but it’s free. So, download the tracks and just lay back, because from beginning to end Covert Coup will grab your attention, and leave you wanting more. 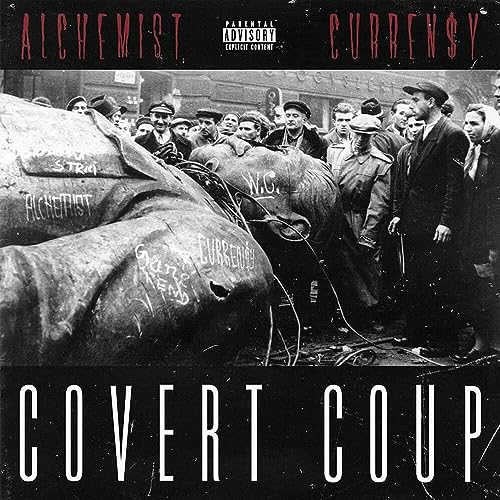 Less than a year after the release his official debut, Politics As Usual, Termanology returns with Time Machine (Hood Politics VI), on September 22 through his own ST. Records. It’s been a busy year for Termanology. Since the September 2008 release of his well-received debut, which featured production by DJ Premier, Hi-Tek and Pete Rock, Term has toured extensively. He opened for Method Man and Redman on the nationwide Still High Tour and headlined his own 2009 European Tour.

Time Machine falls somewhere between an album and a mixtape. It features production by Don Cannon, DJ Premier, The Alchemist and Large Professor. Joell Ortiz, Lil’ Fame and Sheek Louch make guest appearances. Termanology will also be touring extensively in support of in support of Time Machine. He touches down in Europe from August 20th — September 6th with M.O.P, Reks and DJ Statik Selektah. In August, he will be one of the headliners at the prestigious Hip-Hop Kemp festival in the Czech Republic alongside Method Man, Lady Sovereign, La Coka Nostra, B.O.B., Blu & Exile and Devin The Dude. Term will also be performing dates around the United States in support of Time Machine. Termanology is available for features, news stories and photo shoots.

About Termanology:
Term was raised in the post-industrial, predominantly Latino city of Lawrence, MA. The half-white, half-Puerto Rican MC transitioned from silly freestyles at age nine to full-fledged records by 15. Constantly traveling between Boston and New York in pursuit of his dream, Termanology released his first 12-inch in 2002. Through his alliance with influential mixtape DJ (and fellow Massachusetts native) Statik Selektah, Term began earning the respect of Boston’s Hip-Hop scene with several highly acclaimed 12″ singles. At the onset of 2006, Term’s big break came when DJ Premier blessed him with one of his signature, scratch-laden beats. “Watch How It Go Down” instantly became an underground classic and Termanology appeared on Hip-Hop’s international radar. The conscious hood anthem garnered the earnest MC tons of praise, landing him in The Source’s “Unsigned Hype” and XXL’s “Show and Prove” columns. On September 30 2008, he released his debut album, Politics As Usual, to critical acclaim.