During a time period where the older generations and the younger generation’s music tastes fuse together as well as oil and water does, it is rare to find any kind of music where these two generations can join together in musical harmony. When the Gorillaz came out with their single “Stylo” in 2010, the funky bass line, the deliciously airy vocals from Damon Albarn coupled with Bobby Womack’s soulful bellows captured people from all generations. This is one song that the people from the old school and the alternative-loving new school can pump up in their speakers and thoroughly enjoy.

Bobby Womack’s The Bravest Man in the Universe picks up where “Stylo” left off, featuring mostly productions from none other than the Gorillaz member and founder Damon Albarn. As soon as the album starts an abrasive electronic starts with a pounding amount of bass for “Jubilee (Don’t Let Nobody Turn You Around”. As soon as Bobby Womack begins his signature bellow, you know that this is not your average R&B album. “Nothin’ Can Save Ya” further proves this notion when the smooth beat collides with Womack’s brilliant voice. The slight vocal distortion mixed with Fatmoumata Diawara’s soothing voice puts this song in a new genre that I can only describe as “alien jazz”.

The pace of the album gains speed during the track “Love Is Gonna Lift You Up.” During this one you may start off nodding your head to the poppy beat, but by the end you will be full on dancing to the infectious melody. In the standout track “Whatever Happened to the Times”, the drums kick in, imitating the sound of a heartbeat when the pulsating synthesizers add on to create an even more depressingly sinister sound. Womack’s heartbroken wails ask the question “Whatever happened to the good times?”

The album continues on with a gloomy piano riddled track called “Dayglo Reflection”, featuring the vintage croon of songstress Lana Del Rey. Del Rey’s 1950’s edge balances off of Womack’s heavy blues influenced sound to make some sort of musical time capsule that is so refreshing, you will have to play it again just to relive the moment. The Bravest Man in the Universe comes to a close with the epic title track. Acoustic guitar, unrelenting bass and a violin blend together with Bobby Womack to make a musical fusion that can only be marveled at. Bobby Womack’s rise from the ashes is now complete as the album ends with him going above and beyond what was expected from him.

The Bravest Man in the Universe collides effortlessly with the past and the present to create something that different generations can bond over. 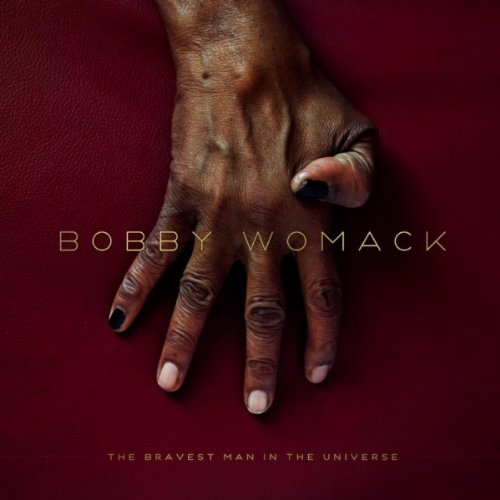