On June 22nd, Minneapolis lyricist Dessa—“one of the most diverse and talented artists in indie rap” (URB)—will kick off her 20-city ‘Parts of Speech Tour’ in support of her new album of the same name with two sold out shows in her hometown. The tour will take her out to the West Coast including a stop at LA’s Troubadour and wraps up with a play at the Frank Gehry designed Pritzker Pavilion in Chicago’s Millenium Park for the City of Chicago’s “Downtown Sounds” series. A “beautiful writer” whose lyrics are “moving and provocative”, Dessa’s Parts of Speech (out 6/25) is her “most personal, introspective work to date” (Bullet).

As Doomtree collective’s only female emcee, Dessa has established herself as a highly literate and imaginative lyricist, earning praise from NPR, Rolling Stone, Billboard, MTV, and many more with her previous LP. Now, on ‘Parts of Speech,’ the Twin Cities native strikes a compelling balance between the electronic and organic, combining innovative hip-hop beats with multi-layered instrumentation and laying the groundwork for her uniquely expressive rap-sing and whip-smart songwriting. As for Dessa’s live shows, New York’s Village Voice says “Dessa’s fluid, dynamic presence beautifully blends rap and poetry, and does the difficult job of humanizing the explosive beats.”

El-P and Killer Mike, frequent collaborators and two of the most celebrated names in rap in their own right, confirm rumors of a joint LP and tour today as Run The Jewels. El-P’s self-produced Cancer 4 Cure reanimated Brooklyn rap last year with his signature lyrical conviction and bruising production; he also handled all of the beats for Mike’s R.A.P. Music LP, which dropped a few weeks earlier. Both won the acclaim of media and fans across the globe and led to 2012’s legendary, hugely successful “Into The Wild” tour. One year later, the duo return to satisfy fan demand and their own creative urges with Run The Jewels, cementing their musical alliance with a full album of uncompromisingly raw, forward thinking hip-hop.

As a gesture of appreciation, El and Mike will release the self-titled Run The Jewels LP for free with tastemaking Brooklyn label Fool’s Gold this June, a partnership amongst innovators that feels totally appropriate. The independent label (founded by DJs A-Trak and Nick Catchdubs in 2007) has acted as a springboard for emerging talent since it’s inception, breaking international artists like Danny Brown, Duck Sauce and Kid Cudi. Fool’s Gold’s support for hip-hop iconoclasts is unparalleled, and the label will lend their midas touch to the Run The Jewels project by creating and releasing a limited run of specialty vinyl and merchandise for die-hard fans to be sold only on the Run The Jewels tour and through Fool’s Gold’s website and physical store in Williamsburg.

Run The Jewels will follow up the release with a sprawling US tour alongside Despot (currently putting the finishing touches on his Ratatat-produced debut album) and ex-Das Racist member Kool AD. The duo will perform their new material as well as solo songs for audiences who seemingly conjured this dream bill by sheer willpower. This summer, rap’s odd couple is on a robbing spree…

STREAM RUN THE JEWELS – “GET IT” HERE:

The video for the single is an abstract tour documentary filmed after shows in Buenos Aires, Argentina (Apr 4 2013) and Bogotá, Colombia (Apr 7 2013). Alice was filmed by Ethan, Crystal Castles filmed by Chris Chartrand (the bands live drummer), and Ashley McMinn was filmed by Marc Pannozzo (long time Crystal Castles video collaborator). The footage was then stitched together in London by Stephen Agnew (Editor & Video Glitch Artist), creating the perfect visuals to accompany the gorgeously melodic and haunting single.

‘Affection’ is set for it’s official release on May 28 in the U.S and will feature bonus material, soon to be announced.

Crystal Castles are currently on the road for their headlining tour accross North America and will be winding up at The Governor’s Ball and Lollapalooza Festivals this summer. More dates for the Depeche Mode tour this fall have been added (see below).

Their current album titled (III) is available on iTunes, Amazon, Spotify and in all good record stores across the U.S. (Casablanca/Fiction/Republic).

Almost 6 months since their last stint on the road in the U.S, Crystal Castles are making a welcomed return this summer with a 21-date headlining tour in continued support of their latest album (III) (Republic/Fiction/Casablanca).

The third official single from their critically acclaimed and most commercially successful full-length will be the slow-groove, big beat and beautiful track ‘Affection’.

In other news Crystal Castles are thrilled to confirm they will be joining Depeche Mode on the road this September, and have confirmed dates at The Governor’s Ball in NYC, Lollapallooza in Chicago and Glastonbury Festival in the UK this summer.

(III) is available on iTunes, Amazon, Spotify and in all good record stores across the U.S.

“For a man that needs no introduction, he continues to re-introduce himself back into the music scene with increased relevancy and humility. More of a living legend than just a producer, Lawrence Muggerud, better known by his stage name DJ Muggs, has conquered just about every genre he has set foot on”
– The Music Ninja

The legendary Cypress Hill producer DJ Muggs is on fire – after releasing his critically acclaimed dubstep album this January 2013 on Ultra Music, he’s traversing the country with Modestep, the live electronic group known for bass-heavy bangers with vocal and rock elements resulting in full-spectrum sound. MiM0SA will also be joining up on the west coast dates to achieve massive sonic destruction. Named after his recent Ultra release, The Bass For Your Face Tour will be serving up enough bass-heavy soundscapes and dirt-nasty drops to satiate every single EDM fix across the nation.

In the US, the April Fools club tour keeps Trizzy close to his loyal base as he embarks to demolish sweaty venues across the continent. Forever bridging scenes and genres, our boy then heads to Europe for the A-Trak Vs The World tour: a series of eclectic back-to-back DJ sets with peers as varied as Mark Ronson, Just Blaze and Tiga.

An A-Trak live set is as exciting as watching a star athlete: he is one of the only DJs still incorporating elements of turntablism into his performances, but the showmanship is not at the sake of energy and brazen style. He’s been demonstrating this with the “Short Cuts” DJ routine video series, in which he deconstructs and rebuilds a track on his turntables; this time none other than his anthemic collaboration with Tommy Trash “Tuna Melt”. The spot debuts on POTATO, the electronic music network he curates alongside Skrillex and Diplo.

“A-TRAK VS. THE WORLD” TOUR DATES

Los Angeles duo Houses have announced that they’ll be joining Baths as main support on his upcoming national tour. Coming off a strong SXSW showing, an upcoming sold out San Francisco show and having already been announced as main support on Cold War Kids April dates complemented with a remix of their single”Miracle Mile” which premiered on FILTER today, Houses are on track to have a huge 2013. Starting May 23 in Portland and wrapping up June 29th in San Francisco, Houses will be spending much of the next four months on the road in support of their upcoming sophomore album A Quiet Darkness – out April 16th on Downtown Records.

The narrative of the album tells the story of a husband and wife separated in the midst of a nuclear disaster and their attempt to reunite with one another along the Highway 10 in California before their inevitable deaths, each song taking place in different abandoned houses along the way. Real life couple Dexter Tortoriello and Megan Messina made the trek themselves multiple times, to record sound and video at these abandoned houses that are featured on the album. The album’s celestial ambiance and wanderlust concepts are conveyed throughout the recording with techniques employed by Dexter Tortoriello’s production and the stark contrast between the minimal electronic pulses, found sounds and meandering and melancholy harmonies. The ethereal sound on which Houses was built is woven through A Quiet Darkness, the 2013 release shows a deep and pensive side to a band who clearly encompass a darker side of bliss; a bold new bravado that will resonate with anyone who has ever experienced love and loss. 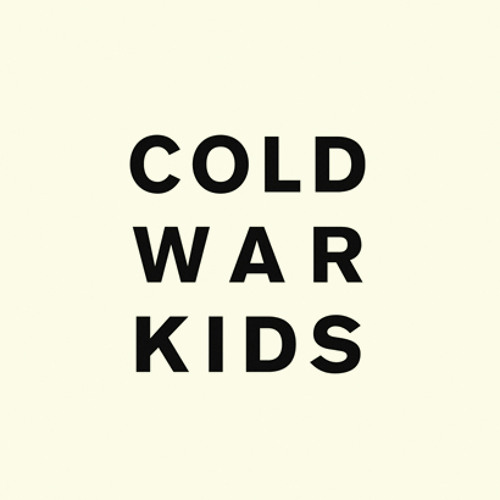 ARAABMUZIK ANNOUNCES “PROFESSIONAL USE ONLY” TOUR

“FOR PROFESSIONAL USE ONLY” MIXTAPE OUT NOW VIA LIVEMIXTAPES.COM

“THE PRINCE IS COMING” LIVE VIDEO

AraabMUZIK is headed out for a string of dates in support of his latest mixtape For Professional Use Only out now as a free download via Livemixtapes.com. Starting April 10th in Brooklyn, NY and ending April 26th in San Francisco, CA AraabMUZIK will be showcasing his inconceivable MPC skills across the US. With the backing of hip-hop icon Duke Da God and his imprint Duke Da God Productions , an overwhelming response to his last mixtape and a follow up to Eletronic Dream Pt. 1 on the way, AraabMUZIK remains to be one of the hardest working DJ/Producers of the year. Check out his brand new track “Motion Picture” and newest live version of the “The Prince is Coming” video that premiere on Billboard today, brought to you by TrillHD.com and L-R-G; a stripped down, mind boggling feature of AraabMUZIK on the MPC to help you gear up for the dates.

.. the guy is about moving bodies for an hour at a time, not just dropping jaws in one-minute stretches.” – PITCHFORK

“…with a typically frenetic set of aggressive EDM, his fingers a hazy motion-blur over his drum machine.” – FADER

FOR PROFESSIONAL USE ONLY MIXTAPE

FOR PROFESSIONAL USE ONLY TOUR DATES:

NEW TOUR DATES THIS SPRING WITH HIS RAIDER KLAN

South Florida producer and MC, SpaceGhostPurrp is an integral part of the US underground hip-hop community. Prolific too, to date he has released a string of online mixtapes that have helped him garner cult underground status. His debut commercial release, Mysterious Phonk: Chronicles of SpaceGhostPurrp was released in June 2012 via 4AD. With this release, we see him take a further step towards the spotlight, and one that brings new shadows with it too. Purrp is touring this Spring with a slew of dates across the US including a performance at Coachella in April.