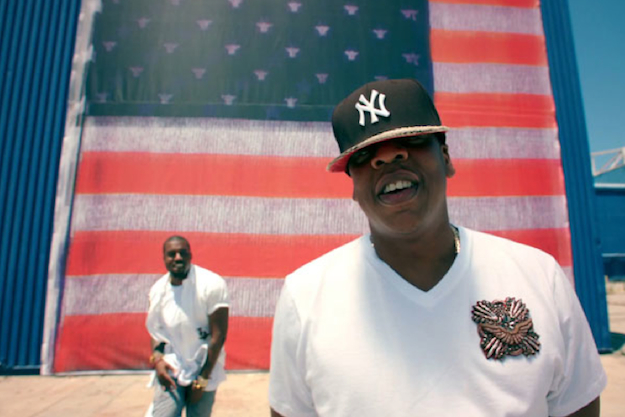 New Orleans rapper Curren$y will drop his “highly” anticipated mixtape Covert Coup, release his new single “#jetsgo” and debut his video all in the name of 4/20. Rap connoisseurs and smokers alike will come together for the ultimate cypher when Curren$y performs live from New Orleans while streaming his concert for fans in Los Angeles and New York from secret locations.

The free album will be released on 4/20 via his new website, CurrensySpitta.com. In the days prior to Covert Coupe’s release, Curren$y will release a series of songs through the website: “Ventilation” (4/6), “Scottie Pippen” (4/13), and “Life Instructions” (4/18). The promotion will conclude on 4/26 with the release of his first official single “#jetsgo” through digital retailers.

“It sounds like smoke trails,” reveals Curren$y on the nature of Covert Coupe. “It’s like that, because the mood changes, all inspired by a few jokes and a gang of…well, you know. We had a good time making this record. It was originally supposed to be only a few songs, but the vibe was there so we just ran with it and ended up wrapping in like four days.”

Curren$y’s career flight plan has not come without a few layovers along his burgeoning career. Initially signed to fellow New Orleans rapper C-Murder’s Tru Records in 2001, Curren$y was brought over to Master P’s New No Limit Records in 2002 after the founder was sentenced to jail. From 2004-2007, Curren$y enjoyed a stint on Cash Money Records as part of Lil Wayne’s Young Money Entertainment before venturing out on his own, releasing a series of mixtapes and focusing on his Jet Life apparel and lifestyle brand.

In 2009, the effort paid off as Curren$y, in recognition of his talent and drive, was hand-picked to grace the cover of XXL’s “Top 10 Freshman” issue amongst the likes of B.O.B, Kid Cudi, Wale and others. Later that year, the now independent rapper released his debut album This Ain’t No Mixtape and the follow-up Jet Files through Amalgam Digital.

In 2010, Curren$y released his Pilot Talk and Pilot Talk II albums through Roc-A-Fella Records co-founder Damon Dash’s BluRoc Records distributed by Def Jam Recordings. The two mixtapes moved an unprecedented 40K and 30K sold units with minimal effort and has helped the talented lyricist generate over $750K in touring on his own. Originally slated to come out in March 2011, Curren$y still plans to release the Muscle Car Chronicles album and movie later this year.

Following a wave of positive reviews for his performances at this year’s SXSW festival, the release of the Covert Coup mixtape will coincide with a “Jet Life” tour to kick off the celebration beginning that night in New Orleans. To be a part of the exclusive viewing party, log on to FreeOnSmash.com or download the free mixtape at CurrensySpitta.com. Dates are as follows:

FULL US TOUR THIS SUMMER TO BE ANNOUNCED IN MAY, LOLLAPALOOZA AND BONNAROO

This summer, the New York/Montreal-based duo Chromeo have dancefloors, funk fanatics, and a growing following of die-hard fans primed for another round of hits with the release of Business Casual, out August 17th on Atlantic Records.

In the sincere tradition of 70’s and 80’s oft-overlooked pop progenitors such as Hall & Oates, Zapp, and Rick James, the follow-up to 2007’s breakout album Fancy Footwork leads the way for the future of sentimental-yet-intelligent electronic pop music. Mixed by longtime Chromeo collaborator Phillipe Zdar and featuring artwork by the multifaceted Paris design collective Surface 2 Air, Business Casual marks a continuation of the fierce funk jams that Chromeo do best – as well as a new sophisticated, mature direction with more lovers’ ballads woven into the mix.

The pair will also hit the road this July and August on a full 23-date US tour, including festival appearances at Lollapalooza and most notably a joint performance with Daryl Hall at this year’s Bonnaroo Festival on June 11th. A full list of tour dates will be announced next month. Until then, be sure to check Chromeo’s recently launched blog for frequent updates, exclusive material, clever wit, and more.

Watch an exclusive preview of Chromeo at work on Business Casual at The Fader:
http://www.thefader.com/2010/04/16/studio-time-with-chromeo