If Jamaican dancehall phenom Vybz Kartel’s new album Kingston Story is in fact a narrative on his lifestyle in Kingston, Jamaica, we all might be left feeling a bit anticlimactic about our own. Keeping true to form, Kartel and his partner — Brooklyn hip-hop producer Dre Skull – deliver sexuality, ignominy, and obscenity on Kingston Story, and Kartel doesn’t seem to have shed any of the qualities that earned him the title of the most controversial dancehall artist there is. The album makes numerous nods to lascivious acts; yet noticeably missing are lyrics based on guns and marijuana – historically two of Kartel’s favorite topics.

Still, even with those subjects conspicuously omitted, Kingston Story in no way shies away from the raw, dubious expression for which Kartel is known. The album is overwrought with sexual energy and exposition, perhaps because the exclusion of gats and ganja leaves little else on which for Kartel to opine. “Breathless” is a sultry, down-tempo track that features Kartel singing slowly over a plethora of otherworldly sounds and synths, and boasts lyrics like “give me your love in excess, girl you leave me breathless.” “Wine Pon Me” makes reference to a girl grinding up on Kartel on the dance floor, with Kartel declaring “me love it when you wine up your body there.” And then we have “Push It In,” which, of course, can go entirely without explanation.

Traditionally, both in music and personal life, Vybz Kartel has been no stranger to controversy. He has come under fire by the public for numerous issues, one being his use and sale of “cake soap” – a known skin whitener – and another being the homophobic lyrics found in his music. But last year, he promised to stop using homophobia to sell records. This event slashed yet another category of topics from Kartel’s repertoire.

With a chunk of Kartel’s favored subjects off the table, and keeping in mind his past work, Kingston Story comes off arbitrary and deficient. Dedicated Kartel fans are the ones who’ve latched onto him for his realness, or more precisely, his “I just don’t give a fuck” attitude. They’re going to be looking for the edge in the themes and lyrics on Kingston Story. Instead, what they’ll find is a record that attempts to satisfy the moral obligations the public has increasingly put on Kartel to tone it down. What we’re left with is an album that smacks of salacious discourse with little else to make it tangible to other demographics. 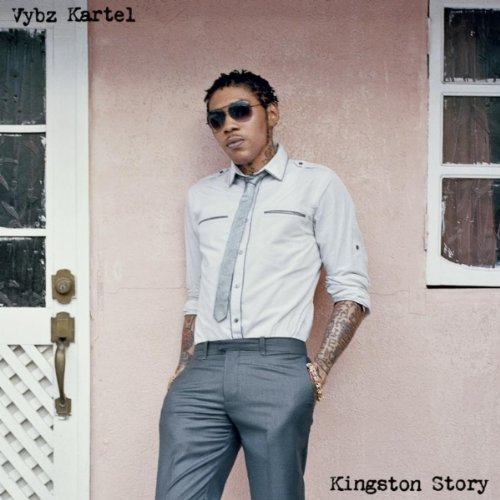