When first hearing the name STRFKR you may laugh at what the name really stands for (it is pretty obvious after all). Based out of Portland STRFKR’s mixture of synthesizers, spacey sounds and dance-pop beats are definitely welcome in an age where groups such as MGMT and Passion Pit are at the forefront of a similar sound. Having performed at this year’s SXSW music festival and having additional tour dates until August, STRFKR has also made time to release their latest album, Reptilians.

Reptilians begins with “Born,” a combination of acoustic guitars, electronic drums, heavy synths and Michael Angelakos-esque vocals. “Bury Us Alive” brings to mind 1980s synth-pop with its dance beats, reverberated keyboards and vocal parts from Josh Hodges. The happy, dance feel of the chorus is contrasted against Hodges’ “Bury us alive” that indicates that there is a deeper meaning to the song than just the upbeat sounds being heard.

“Death as a Fetish” starts off with heavy synths and organs before kicking in with the drums. Similar to “Bury us Alive” “Death as a Fetish” is an upbeat song with lyrical content related to death. The Beck-esque vocal part adds to the song’s spaciness.

“I want a simple life” sings Hodges on “Astoria.” An explosion of sounds “Astoria” is a short song but features a really cool synth part that stands out from the other tracks. The dreamy vocals and video game sounding parts will have you putting this song on repeat.

“Reptilians” stands out as soon as it starts. Beginning with acoustic guitar the song moves into a realm filled with explosive drum hits, synths and a bass line that will probably remain in your head for days to come. “The White of Noon” slows down the pace of the album with its funky, groove-filled beat and electronic sounds.

“Millions” will be a summer dance anthem with its heavy synths, dancing beats and a breakdown part that will have everyone going absolutely wild. Hidden behind the dance party sounds are very melancholic lyrics. “I love to see you crying, so happy when you’re sad” sings Hodges.

STRFKR ends Reptilians off right with “Quality Time,” an upbeat combination of sounds that will also be another dance party favorite. Bonus tracks “Slow Dance” and “Recess Time” are nice additions to Reptilians, although they do not stand out as much as the others.

Reptilians is an interesting album that shows STRFKR’s ability to create a sound that is enjoyable and creative. With this being their second full-length album they still have time to grow, and experiment with other sounds that will strengthen the music that they make. Although Hodges’ lyrics are mainly centered around death the combination of upbeat songs and melancholic lyrical content could be seen as a much larger theme: that death is responsible for giving meaning to life. Seen in this way STRFKR manages to create an album that will not only have you thinking, but will also have you moving too. 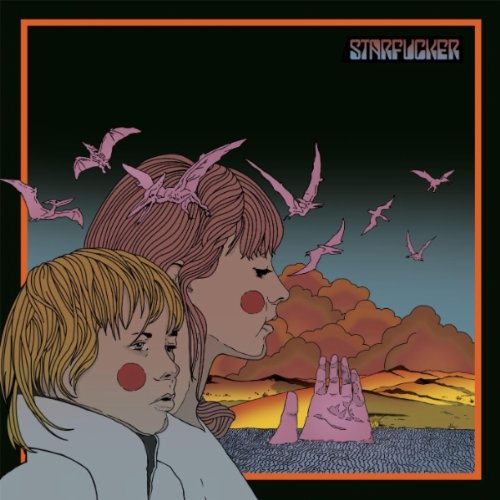