My first reaction to Angles, the latest offering from The Strokes, was “Whoa!… This is The Strokes?” What happened to the slushy chords? Where is the passionate rally call of Mr. Julian Casablancas (still the best name in showbusiness, incidentally)?

It certainly starts with a surprise; Macchu Picchu, the opener, sounds more like it could be the work of Crystal Castles. Then, slowly, you begin to recognize familiar Stroke-isms – there’s Julian’s signature vocals, the “pop-rock” shining through slowly, then emerging full fledged. Don’t be surprised if it unwittingly becomes the soundtrack to the summer of 2011: it aches to be played at your barbecue.

Both well rounded and experimental, The Strokes have managed to create a rock album that at the same time wouldn’t sound out of place in a club: there’s Games, which could very well be on every snowboard movie next season a la MGMT’s Kids, the 80’s tinged Two Kinds of Happiness that sounds like they borrowed their landscape from The Cars, and the aforementioned Macchu Picchu. Meanwhile, Gratisfaction and Life is Simple in the Moonlight belong in your car with the top down.

There’s a section in “Call Me Back” that is very Beatles reminiscent – falsetto harmonies set to a haunting riff that sounds like an organ, but you eventually realise is the high end of the guitar.

Angles is comfortable to fans of The Strokes, but pushing the boundaries enough to make you sit up and listen. They’ve certainly matured musically since 2001’s Is This It, and the evidence is clear. Angles is like putting your Chuck Taylors on for the first time after winter: takes some getting used to, but it isn’t long before you remember why you loved them in the first place. 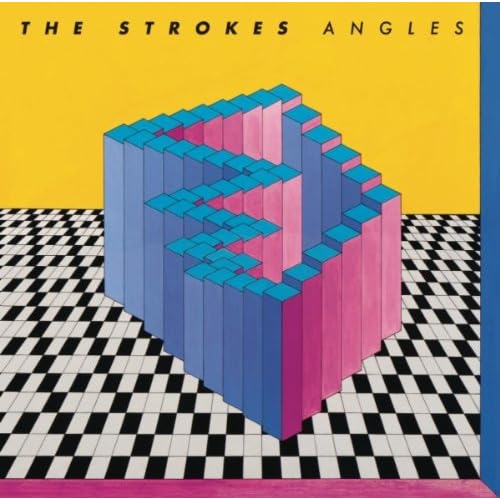