I recognize that, especially over the last few years, the Country Music Association has been recycling artists, and that the category (which Lady Antebellum won in 2008) of Best New Artist only came into existence in that same year—replacing the less pointedly titled Horizon Award (a name which implies acknowledgement of the potential to achieve instead of honoring actual achievement). I also realize that the winner of the Horizon Award in 2007 was none other than Taylor Swift, wretchedly intolerable as she is to anyone over the age of fifteen. So I get it, the CMA’s aren’t that reliable—they award popularity, not quality—and frankly, the problem is the same with the Grammy’s, but that just brings me back to my original disclaimer: I don’t understand why Lady Antebellum is popular. For that matter I don’t understand why Taylor Swift was popular, or why Carrie Underwood was popular, or even why the Dixie Chicks were popular before they became politically vocal.

Lady Antebellum’s new album, Own The Night, is an overproduced nightmare. It’s an insult to your intelligence. It’s so clearly a falsification and distortion of the actual vocal and musical abilities of the band’s members that it is shocking how bad each song still manages to be. I mean, with that kind of production, with what must have been a veritable flock of sound technicians hovering over a sea of production equipment backing them up, couldn’t they at least manage to produce something remotely listenable? Instead, each song is so painfully vapid, so devoid of anything musically complicated, or even interesting, that it fails to do what even the worst, most manipulative television commercials (think: homeless babies crying with flies in their eyes, think: late night ads for pharmaceutical drugs cure depression) manage to do: make you feel.

The sad songs on Own The Night won’t make you cry, the upbeat songs won’t make you happy. Even the song “Singing Me Home,” in which the band ironically sings, “feet on the dashboard tapping out the backbeat,” doesn’t have a backbeat to tap your feet to.

The nail in this album’s coffin is the song, “Friday Night.” Does anyone remember Rebecca Black’s viral disaster of a song/video, “Friday?” Maybe you took a moment to post a disparaging comment on YouTube about Rebecca, or maybe you felt bad for the girl, and wished people would stop picking on her for the youthful arrogance and cruel parental delusions of grandeur that landed her in such a humiliating, vulnerable position. Well, we don’t have to wonder what Lady Antebellum did. It’s clear that after listening to “Friday,” they went straight to their producers and said, “That song–we want to sing a song just like that.” Otherwise, how could a song so painfully similar in vocal inflection, lyrics, and rhythm end up on an award winning country band’s album? Oh, coincidences. Fifty-bucks says “Friday Night” wins Lady Antebellum a Grammy. 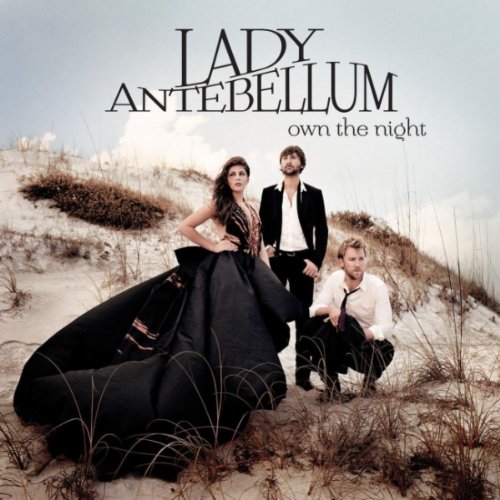