Blizten Trapper release their sixth album American Goldwing. The Portland based six piece have never struck me beyond anything but pretty good, however their previous album “Furr” gathered some deserved success and put them on the main charts and headliners for impressive musical festivals.

One thing that makes them noticeable is both their ability and inability to always sound the same. This is a strong aspect as a band as it exposes a sense of dignified style and recognizable qualities. This is hindering for a band as it supports fear and lack of experimentation. However, this quality is no stranger to music and certainly will not get in the way of their success or else nobody would have ever signed the Black Keys.

All of that said, American Goldwing is well…pretty good. It is very listenable, catchy and uplifting at times. There songs are by no means obnoxious or lacking in instrumental talent and or vocal attack. But it is no surprise that not one tune sounds better or worse than the next. This is stated with the exception of the mid-album track “Astronaut,” which is just a touch stronger than the others due to the more advantageous lyrics and instrumental exploration. Additionally “Taking It Easy For Too Long” is an interesting take on a break up with a sense of familiarity and comfort.

For the most part each tune blends into a comfortable mush of pretty good music which I would never crave. Perhaps this is the future of rock and roll, perhaps my ears are not tuned to their true possible aptitude but I am more inclined to believe the further option. Although I think the fellas should take their own advice and recognize they have been taking it easy for too long. The musical talent is there but the guts aren’t and we need those to further the future of music.

Maybe one day when I am feeling particularly “pretty good” I’ll listen to American Goldwing again. 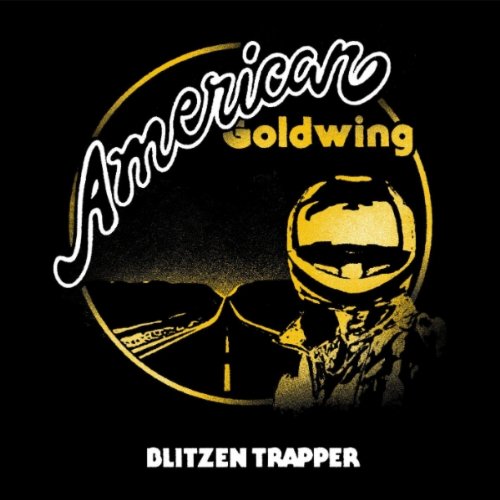